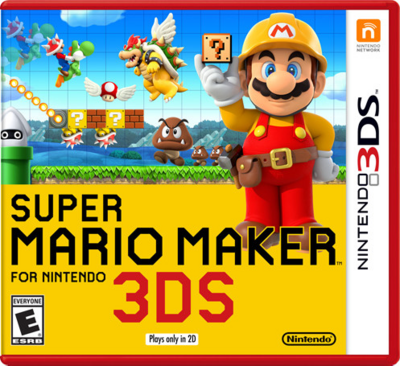 Somehow, they botched the 3DS release. They had the level design system – heck, with the 3DS stylus and touchscreen you have just the right tools for the job built directly into the system, and arguably with more convenience than futzing about with the Wii U’s touchscreen system depending on your preferences.

The big problem was that you couldn’t share them with everyone – only local sharing was permitted – and you didn’t have unfettered access to the full library of levels available online, and can’t upload your levels to the online library. It’s deeply unclear why this should be the case, but annoyingly it leaves the 3DS version of the game frustratingly close to brilliant.

It’s almost as though Nintendo assumed that people wouldn’t be especially interested in doing level design on the 3DS version. As well as suppressing your ability to share your levels, it also has a weird method for unlocking the various design features; the Wii U original unlocks features bits by bit as you fiddle with the level design system, by way of a tutorial process, whereas the 3DS version unlocks them as you progress through a set of 100 premade levels; it’s as though they felt that they should still gatekeep the level-creation features which the Wii U had an unlocking system for, but didn’t seriously believe that people would engage sufficiently with the level creator on the 3DS version to unlock it that way.

The end result is a Mario Maker game which seems to think that you don’t actually want to do any Mario making. It’s good for having an effectively unlimited store of Mario levels in your pocket, which is no small thing, but the gap between what it is and what it could be is frustrating. 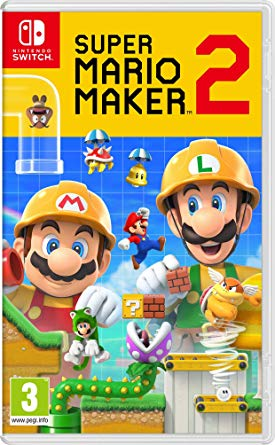 The genius of the Nintendo Switch is that it makes it impossible for game developers to botch the handheld adaptations of games for it – because the Switch is simultaneously your traditional play-on-the-TV console and the equivalent handheld system, so the version you develop for the one format is also the version played on the other. The only way you can mess up is if your controls don’t really work for the handheld format (in which case they likely don’t work on the TV either), or if your display doesn’t shrink down conveniently for the smaller screen, but actually the Switch screen has enough real estate that anything which will look OK on a basic HD television will look alright on it.

As such, this version of the game instantly supplants the 3DS version by simple virtue of putting everyone on the same level and not treating handheld users like the poor cousins of those who play it on the television.