One of the interesting developments in rock music as the 1960s gave way into the 1970s was the diversification of styles. The loosely connected genres of folk rock and psychedelic rock had made a case for popular music in general and rock in particular to be a medium for genuine, grown-up artistic expression, rather than disposable entertainment for teens; but once you say “this doesn’t have to be like that“, you invite people to imagine all sorts of different ways it could be. 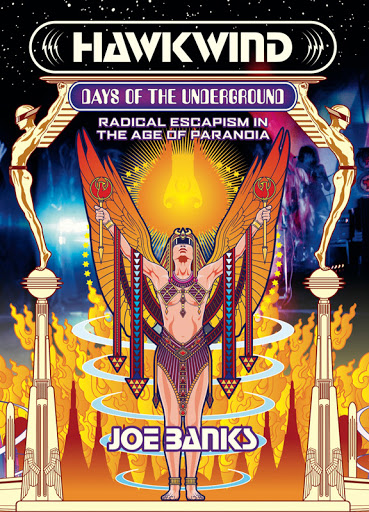 Folk rock and country rock singer-songwriters used the medium to examine tradition or social roots, critically or uncritically. Glam rock took the popular acclaim and youth appeal of earlier years, teased out the sexuality, and made it a bit more ambiguous. Blues rock gave way to hard rock if it still cared about being sexy, metal in slow and fast flavours if it went for other moods. Progressive rock groups explored just how far you could stretch the rock format, cramming in tools from classical or jazz as necessary to broaden the field available to them.

In a decades-early preview of the musical fragmentation we see today in this Bandcamp age where nobody has to listen to exactly what everyone else is listening to and it sometimes seems there’s more microgenres than musicians, the experimental wings of rock music ended up creative bands with astonishingly distinctive personalities. Oh, sure, you could sort them under one broad umbrella or another, and there were plenty of me-too groups out there inspired by others sounds, but within prog (for example) you’d never mistake Jethro Tull for Yes or King Crimson for Genesis.

Few bands, however, were quite as original as Hawkwind, whose hippy science fiction persona concealed a chaotic mass of creative directions which by all rights should have worked against each other, but in fact just sharpened each other and came together in a whole bigger than the sum of its parts. Yes, everyone remembers that Lemmy used to be a member before he got kicked out and created Motörhead, and the band’s history certainly wouldn’t be the same without his thunderous bass roar powering the live carnage of Space Ritual or his manic vocal performance making a hit single out of Silver Machine, but Hawkwind were about so much more than Lemmy.

From Dave Brock (who still steers the Hawkwind ship) and Nik Turner’s effortless blending of utopian ambition and dystopian pessimism from the group’s earliest days to create a recurring narrative of inhabiting a wrecked future and attempting to build a better one, to the literary side added in by buddy of the band and occasional onstage performer Michael Moorcock, to frontman (when he was well enough) Robert Calvert’s versatile contributions ranging from revolutionary agitation to highbrow allusions to satirical comedy to the highbrow revolutionary satirical dystopianism that marked the 25 Years On album the band made under the “Hawklords” alter ego (perhaps Calvert’s finest moment in the group), to the crucial role played by Simon House in their mid-1970s turn to a more polished and developed sound through his electronic and violin contributions (following on from crucial earlier electronic atmospherics by Del Dettmar and DikMik), Hawkwind were a massive and sprawling sonic universe which somehow managed to contain all of this within one band.

It is no wonder that their style is difficult to nail down; “space rock” is the closest anyone gets, and they do have some neighbours in the field like Nektar and early Pink Floyd with a common agenda of taking the psychedelic revolution from inner space to outer space. For many rock bands of the era – especially in the field of progressive rock, which the space rock subgenre is probably closer to than any other, and very much including Pink Floyd (especially when Syd Barrett left) – making rock music respectable and credible and getting away from the more disreputable excesses of the 1960s was the goal.

For Hawkwind, however, that disreputability was the point – getting their start doing free concerts, the band emerged from the counter-culture underground of the 1960s and had no intention of becoming a wholly defanged, safe version of themselves – as one of their mid-1990s album titles noted, It Is the Business of the Future To Be Dangerous. They offered science fiction escapism, sure, but with a side order of social commentary which kept their wilder themes tied to real concerns, and they were more concerned with making sure their audiences had as much fun as possible than showing off their technical prowess.

As a result, though punk and new wave subcultures in Britain affected contempt for most of Hawkwind’s contemporaries, Hawkwind were given a pass, having never felt as distant or as disconnected from their audiences as the likes of, say, Emerson, Lake & Palmer ended up being, and thus they survived into being a cultural institution well into later decades. If you needed to pick one band that the housemates from The Young Ones – the best sitcom depiction of early 1980s youth culture available – could all tolerate, it’d be Hawkwind: Neil would like their mix of pessimism and cosmic hippy trippiness, Vyvyan would appreciate the louder tracks and the occasional Lemmy-fronted side trip into proto-speed metal, Rick would see a lot of himself in Robert Calvert’s revolutionary poet persona, and Mike would appreciate their ability to keep selling their act to a loyal fanbase. The odds of Games Workshop not having Hawkwind on heavy rotation as they worked on early versions of the Warhammer and Warhammer 40,000 lore is basically nil.

The mythology about Hawkwind’s behind-the-scenes story – Lemmy’s drug bust that precipitated his exit from the band, Robert Calvert’s struggles with bipolar disorder, and so on – is a matter of as much interest as the band’s own music, and that’s why it’s good that Joe Banks has written Hawkwind: Days of the Underground, an extensive book about Hawkwind’s journey from their foundation in 1969 to the revival of their commercial fortunes in 1980 with Levitation, which featured Ginger Baker on drums and a continued devotion to spacey, trippy music with grimy, proto-cyberpunk SF underpinnings.

Some might wish that Banks had kept the narrative up just a touch longer. I’d love to read his treatment extended to, say, 1985, partly because it’d allow him to cover Hawkwind’s interactions with the 1980s free festival circuit which spawned Ozric Tentacles, a latter-day revival of the earlier free festivals that Hawkwind formed around that culminated with the 1985 Battle of the Beanfield (commemorated by the Hawkwind song Confrontation), and partly because this saw the Elric-inspired Chronicle of the Black Sword album and its associated Live Chromicles tour, the 2CD live album release of which was my first contact with the band.

However, at the same time I can see why Banks stopped when he did, because as well as undeniably covering the span of time when the group had most relevance, the book is also properly chunky and thick just covering the span of time it does. Realistically speaking, it’d need another 200 or so pages to cover the twists and turns of the first half of the 1980s, and it’s debatable whether it would yield as much truly interesting material as this one does.

The book combines a chronological narrative of the band’s journey, in-depth breakdowns of all the albums they released in this era, interviews with band members and associates, and essays on broader subjects of note like their interactions with science fiction, their place in wider pop culture of the era, the punk reaction to them, the mythology they developed around themselves, and so on.

A more conventional approach would be to separate these aspects of the book out into different sections – an essay section, a biography section, an interview section, an album review section – but in keeping with Hawkwind’s own style Banks instead interweaves them in a more intuitive fashion, dropping in the album reviews in the points in the chronology when they are released and presenting the interviews and essays as and when he feels like they’d be especially appropriate.

The end result is a highly readable tour of the band’s history which hits a good balance – it’s sympathetic enough to convey what is enjoyable about Hawkwind without being so worshipful as to gloss over questionable decisions by the band, and by the end of the book it’s clear that the course towards Dave Brock effectively turning the band into “Dave Brock and whoever happens to be playing with him at the time” has well and truly begun. The group’s largely been in that state since at least the 1990s.

It’s worth saying that, despite being a central figure in the group. Dave Brock doesn’t contribute an interview. (Lemmy and Robert Calvert both have the excuse of being dead.) That isn’t to say that the interviewees are irrelevant – Nik Turner was arguably as important as Brock, as a cofounder of the group and a member for most of the span covered here, and he gets an interview, as do significant figures like fellow cofounder DikMik, Michael Moorcock, Stacia (whose dance routine was a significant aspect of their live show in the early 1970s), and Harvey Bainbridge, who was a key member of the group from the Hawklords experiment in 1978-1979 all the way up to 1991.

However, nobody interviewed in the book has been a regular band member since 1991 at the latest, and though it has had some discussion (and promotion by Banks) on Hawkwind’s website forum, the news page of their official site does not mention it. It’s clearly an unofficial account, but it looks fantastic nonetheless, with the cover art by John Coulthart really captures the early 1970s Hawkwind aesthetic. (Michael Moorcock’s illustrator buddy who also did a Hawkwind-themed comic story for underground newspaper Frendz with Moorcock back in the day – my special edition hardback of the book came with a foldout poster of the comic – and also did some art for Alas Vegas) It’s not that Banks had no access to Brock – he’d apparently done interviews with him for the likes of Prog magazine whilst preparing this – but for whatever reason it seems that Brock declined to participate in this or give the book official sanction.

Despite this, I think it’s by and large a solid bit of work, though Banks does have a tendency to get a bit snotty or dismissive about types of music he dislikes or wants to distance Hawkwind from, which is really fucking rich given how annoyed he gets about music journalists being snotty and dismissive about Hawkwind – come on, Joe, don’t yuck other people’s yum needlessly. Overall, I think it’s an easy recommendation to anyone who considers themselves a fan of Hawkwind, and whilst I think the chronology may be interesting to people who aren’t keen on their music, I don’t know why anyone who wasn’t at least a bit fond of their music would crack open the book in the first place.

Myself, I’m pretty glad to own it, especially since I got the limited edition which comes with the separate piece Sideways Through Time, which provides uncut versions of the interviews Banks conducted in writing the book, with a lot of details which didn’t make it into the main text.

5 thoughts on “Footprints In the Sands of Time”