As you’ll know if you’ve read my spirited defence of Robert E. Howard from a while back, I’m not keen on people badmouthing respected fantasy and SF authors out of a misplaced sense of political correctness. All too often, this is a result of people chronically failing to see the wood for the trees and latching on to minor issues which any adult reader should be able to move beyond. This is why I never, ever stoop to writing vindictively negative reviews of people’s books; what place have I, as a reader, to tell authors what to do or criticise their work, when I haven’t written a published novel of my own? No, my place is to promote what is best in the genre, and defend it from its more spiteful critics, despite the insults thrown at authors – and, by extension, their readers – by the rabble.

Numerous authors have been subjected to these vile ad hominem attacks on their work, themselves and their audience, and I for one am sick of it. What does it say about the fantasy genre when an author of the stature of Jay Lake says that he no longer feels safe to go to conventions due to accusations of misogyny and racism against him, when anyone who has read Green will know Jay Lake can’t be a sexist or a racist – after all, he says he isn’t, and offers the fact that he adopted a Chinese girl as very convincing proof, so why can’t we take an honourable and well-meaning man at his word?

These character assassinations have been made against more or less every serious author in the genre of adult fantasy and speculative fiction. From Robert E. Howard and H.P. Lovecraft, who popularised the genre in the pulp era, to J.R.R. Tolkien and C.S. Lewis, who lent the credibility only an Oxford professor could offer to the field, to Robert Heinlein and the many other authors who brought us the golden age of American science ficton, to George R.R. Martin, whose works have made a transition to television which is more successful than any previous fantasy-themed TV series, pretty much every one of the great men responsible for making major advances into the popular consciousness in the name of the Literature of Ideas has been the target of the most noxious and appalling smears. 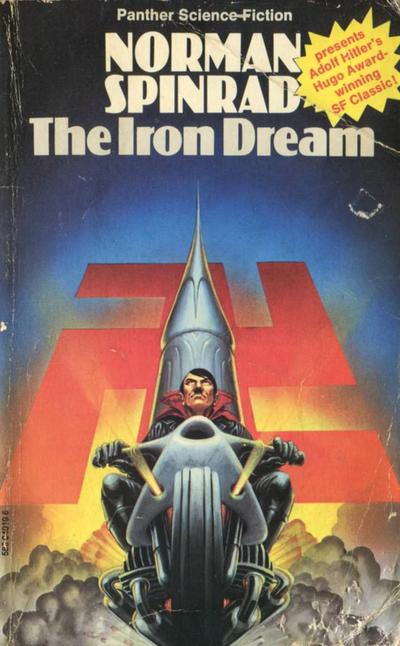 And no author’s reputation has come under assault more than Adolf Hitler’s.