It’s been mentioned before that not enough non-Anglophone genre fiction gets translated into English, but Andrzej Sapkowski has hit on the perfect solution: get your major fantasy series adapted into a much-anticipated and widely-discussed CRPG by the biggest videogame company in your country, and the world is your oyster. How simple! And it only took 18 years since the books first came out! 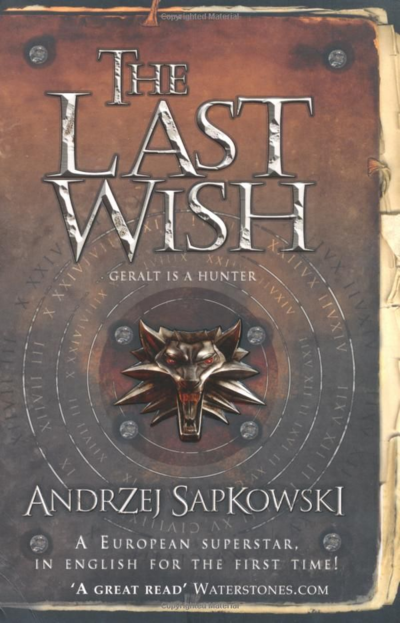 The Witcher series debuted in 1990 with the short story collection The Witcher, the bulk of which was reprinted in 1993, with a few extra tales and a framing story, as The Last Wish. The Witcher himself is Geralt, a member of a guild of bounty hunters who are systematically warped by magic and eldritch science from a young age to battle the monsters that haunt the land. Witchers, we learn, are as much a dying breed as the creatures they hunt, not least because they themselves are, to a certain extent, inhuman; those children who are destined to become Witchers are marked from birth, and come to the organisation willingly, despite the ordeals they must suffer to become like Geralt, and when they come out the end they have a nigh-superhuman capability for violence which inspires fear and revulsion in normal folk.