A while back I got all huffy about the end of Red Dead Redemption, Rockstar’s Western sandbox game. In this article I’m going to rave a bit about the plot – and, in particular, the end – of L.A. Noire, Rockstar’s 1940s cop game. (Well, Team Bondi’s game that Rockstar published, but still.) This is going to be alarming to some because there are details of the ends of both games which are quite similar, but I think in every respect Team Bondi have managed to execute the sort of personality-led, story-led, linear game that Rockstar clearly have been interested in doing since at least Grand Theft Auto IV and, in particular, managed to do it in a manner which won’t piss off lovers of open-world sandbox games. 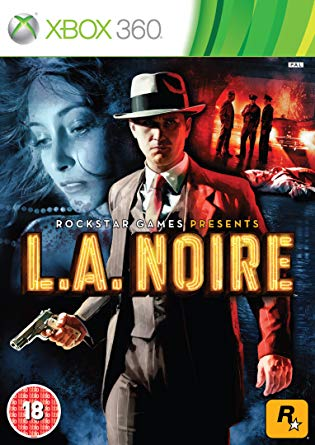 They’ve done this by ceasing to pretend to make an open-world sandbox game. I’ll rave about that and some non-spoilery stuff before I get to the details of the ending, but don’t worry, I’ll yell before I start tossing out spoilers. (I’ll also slip a little surprise mini-review of The Maltese Falcon into proceedings because hey, why not?)