Thanks to monumental works like Ash: A Secret History and 1610: A Sundial In a Grave, people seem to expect Mary Gentle books to be big fat bricks of approximately a thousand pages long these days. Thus, it’s not too surprising to see two of her early novels and a short story collected together as Orthe: Chronicles of Carrick V. These constitute her writings about the titular world, and when lashed together form a volume which happily for marketing purposes seems to be about as substantial as any of her later stacks of paper. But is it worth the effort? Only one way to find out…

Lynne Christie is a British-born envoy from the Dominion of Earth, which having discovered a viable faster-than-light drive a mere generation ago is expanding diplomatic contacts rapidly across inhabited space. Carrick V, known as Orthe to its inhabitants, is a world on the edge of the galactic core, whose inhabitants have a low-tech way of life and at least a superficial similarity to human beings. Having been trained for contact with pre-technological societies, Christie is sent to assess the world’s readiness for long-term diplomatic contact and trade and come up with advice on how interactions should proceed.

What Christie and her superiors do not know, however, is that Orthe is not a pre-technological world, but a post-holocaust environment. Moreover, nobody has realised that the Ortheans have vivid dreams of past lives – interpreted by them as a sign that they reincarnate, but potentially the result of a curious sort of inherited memory process. And in their dreams of the past the Ortheans recall the Golden Witchbreed, whose high-tech Empire ruled over them as an absolute tyranny for aeons. When political factions within Orthean society try to have Christie discredited – and maybe even executed – as an agent of the Golden Witchbreed, Christie finds she will have to master the way of things on Orthe quickly if she is to survive the accusation.

END_OF_DOCUMENT_TOKEN_TO_BE_REPLACED

Mary Gentle’s historical fantasy epic 1610: A Sundial In a Grave is like The Princess Bride in reverse. Whereas Bride works on the conceit that it is a brick-sized fantasy novel trimmed down to just the good bits, 1610 presents itself as a forgotten Dumas-style swashbuckling epic with the fun parts put back in.

Specifically, it presents (along with some supporting documentation) the uncensored memoirs of one Valentin Rochefort, a trimmed-down version of which (in the framing story, at least) was put out by one of Dumas’ proteges as The Sons of Sword and Hazard and mistaken for fiction until the rediscovery and reconstruction of the original. Rochefort is the disgraced son of a Marshal of France, and works as a spy in the service of the Duc de Sully, to whom he is fanatically loyal. This brings him to the attention of Queen Marie de Medici – who, appropriately enough for a member of the clan that inspired The Prince, is planning a coup. Rochefort’s role is to arrange the assassination of King Henri IV, so that as his widow and as wee Prince Louis’ mother Marie can rule as Regent; forced to feign co-operation due to an implied threat to de Sully’s life, Rochefort decides to find the most incompetent wannabe regicide he can so that the King’s guard will have no trouble foiling the slaying, so that in the aftermath of the attack Rochefort can get a warning to de Sully in the aftermath and take down Marie. 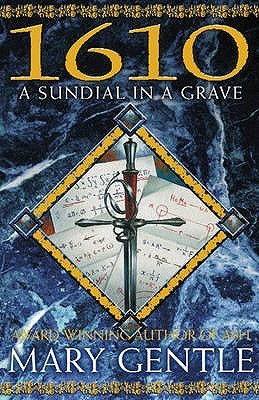 This is, needless to say, a silly plan, but it’s the best Rochefort can come up with whilst under observation from Marie’s agents and he judges that it gives both de Sully and Henri IV the best odds of survival. However, his hand-picked swivel-eyed maniac Ravaillac turns out to be more competent than expected, and between that and a hefty dose of bad luck the assassination is an unexpected success. Fleeing France, Rochefort soon finds himself headed to England with two companions – Dariole, a thrill-seeking 16 year old who uses a combination of hardcore duelling skills and sexual humiliation to force Rochefort to take him (or, as it later proves, her) along for the ride, and Tanaka Saburo, an aide to a Japanese diplomatic mission to James I’s court that was shipwrecked off the Normandy coast, with Saburo as the only survivor.