In the ancient English market town of Morchester, a TV crew has arrived to produce a documentary – an attempt to discover The Boke of the Divill, an ancient grimoire said to have been concealed somewhere in St. Anselm’s Cathedral since medieval times. Emma, a member of the crew who’s trying to impress in her first media job, makes a promising contact in the form of Basil Valentine – the mysterious proprietor of a local antiquarian bookshop – but Basil is more concerned with making sure that the book’s evil is not stirred once more, as it has several times over the course of Morchester history. 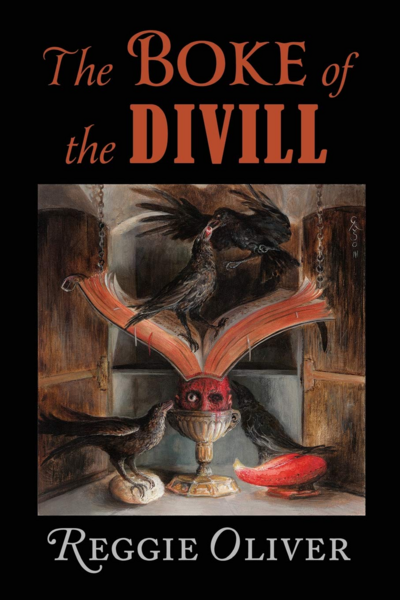 But is it too late? With local landowner and famed composer Sir Everard attempting to assert his family’s age-old claim to ownership of the book, “happy-clappy” evangelist Reverend Eastwood mobilising his flock to protest the show, the Dean of M0rchester Cathedral troubled by intrusive thoughts and urges, and dead bodies being discovered in states of mutilation in Morchester itself, could the book already be doing its awful work? And if so, what could be done to stop it?