Recently, though sheer coincidence, I’ve ended up reading two SF novels consecutively which deal with disease and plagues. There is nothing like a good plague to isolate people: when you don’t know who’s infected and who isn’t, when you don’t know whether you are infected and infecting everyone you come into contact with, that builds a wall between you and everyone else. Both books deal with that theme, to varying degrees of success. 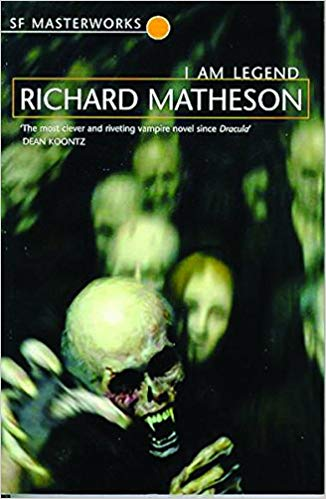 The vampire plague in Richard Matheson’s I Am Legend spans horror and science fiction, as well as providing a model for Night of the Living Dead and every zombie apocalypse movie from thereon in. Robert Neville, the protagonist, barricades himself inside his home using garlic and the sign of the Cross to prevent the undead hordes from getting in, trying to ignore their fumbling attempts to coax him out. By day he roams the wasteland that used to be his city, killing the vampires wherever they lurk.