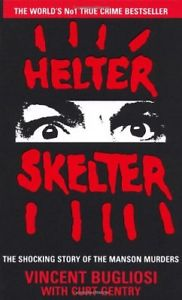 The phenomenon of American lawyers writing books about famous cases they have been involved with isn’t really surprising – if anything, I’m personally surprised we don’t see more doing it. A key skill of being a good trial lawyer is being able to present a believable and engaging narrative to the court which persuasively accounts for all the evidence; in addition, anyone performing this task in a jury trial needs to be able to make this narrative clear and understandable to a cross-section of the general public who don’t necessarily have any specialised knowledge of the subjects at hand. Any diligent attorney’s case file would consequently already provide most of the necessary research and documentation necessary to produce a book.

Vincent Bugliosi’s Helter Skelter, produced with the aid of Curt Gentry, is a particularly good example of the genre. Although any attorney’s account of a trial is necessarily going to partial towards the case they presented, Bugliosi is of the school of lawyers who believes in making an open and honest assessment of their case’s flaws and gaps. Whilst you might think a prosecution lawyer wouldn’t want to introduce gaps in their story or failings in the police investigation into their case, it’s ultimately good practice to own up to such things: in any area of law, if you are able to identify the weaknesses in your own case and present them to the court first, before the other side do, it allows you to get whatever response or explanation you want to present for them in first, and it means the other side can’t pull it out and confront you with it like it was something you were trying to hide.