You can see, almost, the thought process behind The Wicked and the Damned. You’re working on setting up the Warhammer Horror line and want something fresh to release alongside Maledictions and the reprint of Drachenfels. The phrase “Warhammer Horror” naturally makes you think of Hammer Horror and other classic Brit-horror studios of yesteryear, and that in turn makes you think of the old tradition of the portmanteau horror movie – a set of short and essentially unrelated short films strung together to feature length by a framing story offering a context in which each story is told in turn. 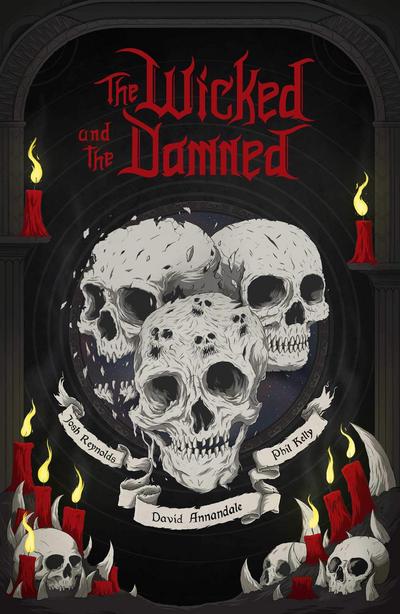 In the case of The Wicked and the Damned, the framing story is set on the cemetery world of Silence, to which three people have been drawn under mysterious circumstances. These three people are the protagonists and narrators of the three novellas framed by the framing story; they aren’t sure how they came to Silence but they feel compelled to tell their stories. Gosh, what could the secret of them being brought here be? (They’re fucking dead and it’s so obvious they’re dead that this barely counts as a twist.)