About a decade ago I reviewed Wild Palms, Oliver Stone’s five hour TV miniseries folly which was suffocated by various issues (not least being an attempt to be more David Lynch-y than David Lynch) but which still retains a haunting power, though perhaps more for what it hints at being than for what it actually is. Now, a decade later, I’ve found myself a copy of Wild Palms, the comic written by Bruce Wagner and illustrated by Julian Allen that inspired the miniseries, and I have discovered that elusive something which the adaptation yearned to be but, existing as it did in a wholly different medium, couldn’t be. 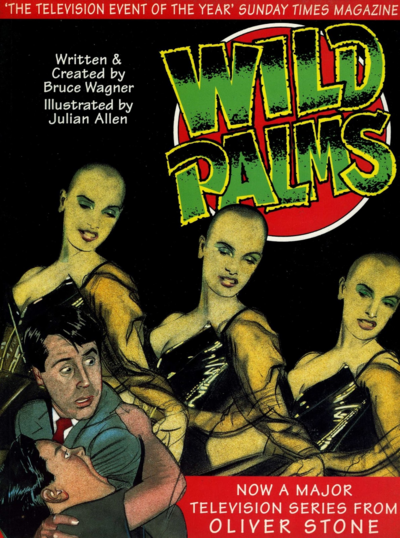 The comic originally ran monthly in Details magazine from late 1990 until May 1993 – the same month that the TV miniseries debuted. (In Allens’ eerie, often photo-referenced artwork, a publicity shot from the miniseries is snuck onto a television in the final episode of the comic; some pages earlier, Jim Belushi, who plays protagonist Harry Wyckoff in the series has a cameo as Jim Belushi, actor, meeting the original Harry Wyckoff.)

END_OF_DOCUMENT_TOKEN_TO_BE_REPLACED

The DVD release of Wild Palms is a sparse thing. There are no extras, no deleted scenes, no commentary track, no language options, not even any subtitles. It’s like for the DVD release they digitised the episodes, slapped them on two discs, designed some cheap packaging and tossed it out there. They even made a mess of the packaging – the copyright notice on the back and on the two discs reads “copyright 1969 ABC Films” rather than “copyright 1993”, which is when the show actually aired. You can’t even select any scenes within the individual episodes – even though they are actually split into chapters, there’s no scene-selection menu, just an option on the menu screen to pick an individual episode or just play them all. 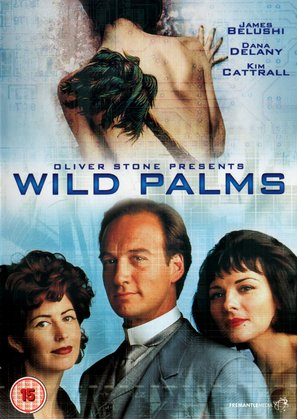 This is, in short, the most-bare bones DVD release I’ve ever seen – it’s from 2008, but I don’t think I’ve ever seen such a sparse offering, even on DVDs released whilst the World Trade Center was still standing and whilst Clinton was still President. It’s almost as though nobody involved in the release could be bothered to make an effort – or nobody involved in the show cares to revisit it.