So, a while back I played and enjoyed The Darkness – it’s an ugly old game for sure, and I’d advise renting or borrowing it over buying it, but it has some fun mechanics. (Like I said in the last article, I liked the hilariously phallic and hideously overpowered demon tentacle power.) To summarise the premise briefly: young man who looks like Steven Seagal gets demonic possession as his special 21st birthday present from destiny, his girlfriend Jenny dies, he mopes. 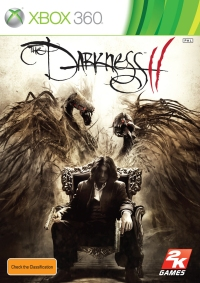 As of the end of the previous game, our hero Jackie (who now looks and sounds somewhat less like Steven Seagal) is the kingpin of the crime family, and still mourns the death of Jenny. He has, however, reigned in the Darkness a little bit – in fact, he hasn’t used it for quite some time. However, when Jackie is attacked on a visit to his favoured family-backed restaurant, he is forced to unleash his Darkness powers to survive.

END_OF_DOCUMENT_TOKEN_TO_BE_REPLACED

Let there be no doubt about it: The Darkness is not a good game, not by a long way. Between the graphical glitches, terrible voice acting, and sparse plot it feels more like a third-rate Half-Life 2 mod than a full-blown FPS in its own right. It’s not even entertainingly bad for the most part; it exhibits that dull, lifeless sort of mediocrity which usually drives me away from games fairly quickly. But there’s one thing that never got tiring in the game, and made me keep playing until the very end. 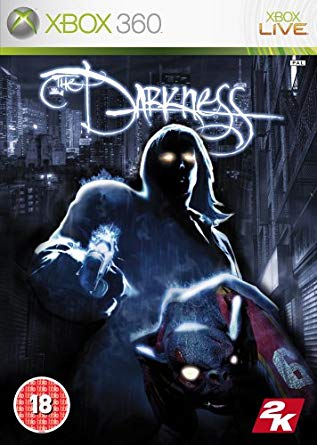 That was my huge glistening demon penis.