Struggling actress Katie McGovern (Mary Steenburgen) is hired by retired psychiatrist/polar bear hunter Dr. Lewis (Jan Rubeš) to replace Julia Rose (also played by Steenburgen) – the lead actress on an independent film that the wealthy doctor is somehow connected to (presumably as a financial backer). Katie is told that Rose stormed off the set, leaving the production high and dry and desperately in need of someone who resembles her closely enough to finish off her scenes – but before she heads up to the main set in Canada, she has to visit Lewis’ snowbound estate in upstate New York to film some preliminary scenes. 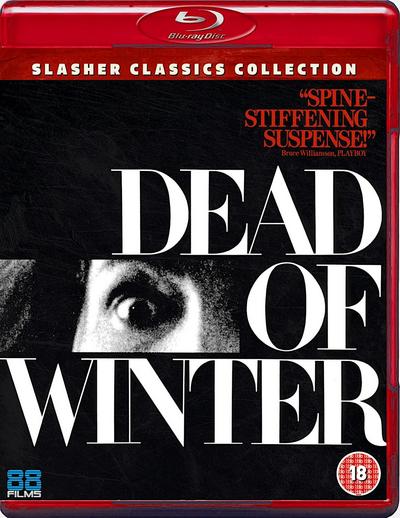 Of course, as the audience we know a little bit more than Katie; most importantly, we saw the prologue sequence in which Rose, travelling incognito, seems to be involved in some sort of shady deal involving the transfer of a large sum of cash, only to be murdered. As it turns out, Dr. Lewis is playing a very long and curious game with the powerful Evelyn Rose, Julie’s sister (also played by Steenburgen), and has brought Katie into the conflict as a pawn in order to trick Evelyn into thinking Julie is still alive. This leaves Katie in danger both from Evelyn and the forces that killed off Julie in the first place, and Dr. Lewis himself, who sees her only as a tool to be used for this specific purpose and then… well, who knows?