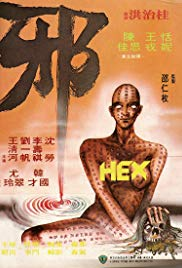 The Chan family is a well-established merchant house which has fallen on hard times; the last of the line is Chan Sau-Ying (Ni Tien), whose parents decided to marry her off to one Chun Yu (Jung Wang) to keep the line going. However, after Sau-Ying’s parents died of consumption, Chun Yu became a bully and a tyrant, terrorising Sau-Ying and the servants regardless of whether he was stone cold sober or blitzed out of his head after another drinking binge, and having fallen sick herself Sau-Ying is unable to protect her servants from Chun Yu’s cruelty.

Eventually, after the last servant has left, a certain Yi Wah (Szu-Chia Chen) comes to visit, explaining that she is the daughter of Madame Fook, who was the Chan family servant in times past and asked Yi Wah to come and give the Chan family her best wishes if she was ever going past. Yi Wah insists on sticking around to help Sau-Ying, despite Chun Yu taking especially badly to her. One day, after an especially brutal attack, Yi Wah fights back and gets Sau-Ying to help – which makes both of them accomplices in Chun Yu’s death. The duo dump Chun Yu’s body in the lake just outside of town, but Sau-Ying is consumed with guilt, and this, combined with the chilling discovery later that Chun Yu is no longer in the lake, pushes Sau-Ying’s already precarious health over the brink, causing her to die.