So, Guy Ritchie. His career went off the rails for a while there. Between Snatch and RocknRolla his films just couldn’t get a decent review – or a decent take at the box offices – and it was only really with Sherlock Holmes that you could put your hand on your heart and say that his career had actually got back on track. 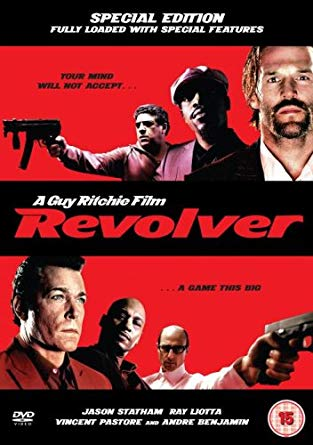 It is fashionable to blame Madonna for this. I don’t agree with that; I think people are a little too ready to excuse the mistakes of someone they’re well-disposed to by blaming it on an interfering spouse – and in particular, people seem really keen to blame a husband’s mistakes on their wives. I think MacBeth doesn’t get to be a sympathetic figure just because his wife happened to egg him on – whether he is a weak-willed spineless wuss who lacks the moral courage to say “no” to a bad idea or an ambitious, murderous fiend perfectly capable of doing the deed without outside encouragement, or anything in between those two extremes, doesn’t change the fact that he’s odious whichever way you cut it. Likewise, I don’t think Yoko Ono should take the blame for John Lennon’s later career, and I think Ritchie bears full responsibility for his own blunders during his marriage to Madonna. (Well, perhaps Madonna does share the blame for Swept Away, considering that she was the lead actor and all.)