In a moonlit forest, on the last night of summer camp, the kids and staff (who, in a move which doesn’t speak well for the camp’s commercial viability, outnumber the kids) sit about a campfire and tell spooky stories. The owner of the camp tells a tale of an old abandoned house nearby – a house haunted by an insatiable axe murderer who was mutilated and hanged by the locals years ago but who escaped death and still stalks the woods to this day, a killer who is inspired to undertake yet another spree whenever someone speaks his name above a whisper, an unstoppable engine of death who looks like an off-brand version of Iron Maiden’s mascot if he put on a bunch of weight and grew a beard – a stalker named Madman Marz.

Naturally, one of the kids takes it on himself to scream “Madman Marz” at the top of his voice and lob a rock through Marz’s house’s window. 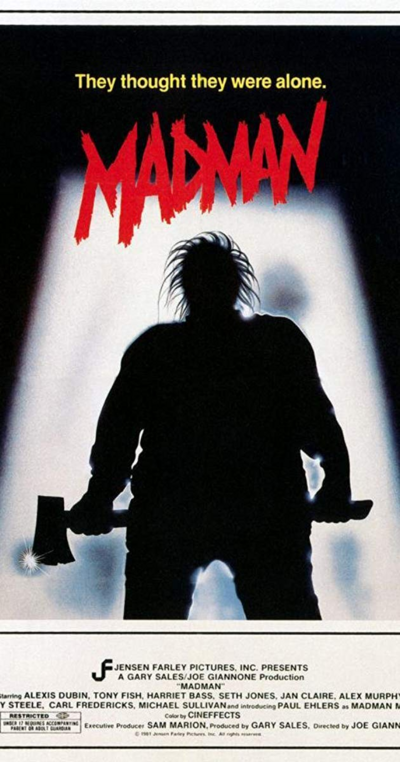 Urban legends like Madman Marz are ten-a-penny, of course – more or less every campsite has them, and I remember being creeped out by a very similar story when I went to Scout camp as a kid because I was kind of a wimpy boy and hadn’t watched any of the Friday the 13th movies. There’s a particular area of New York where the local campsite killer urban legend refers to a certain “Cropsey”, who was supposed to haunt an abandoned mental hospital; fairly recently the documentary Cropsey explored the possibility that this particular iteration of the legend might have been inspired by the activities of a real life child kidnapper and alleged murderer from the area named Andre Rand.