For such a popular film, Predator hasn’t been well-served by sequels. Unlike its cousin series, Alien, it hasn’t had nearly had a follow-up that’s as well-loved as the original. It took a couple of decades for the stink of Predator 2 to wash away and for Hollywood to have another stab at making a “pure” Predator film. (Let’s just put the Alien vs. Predator movies aside and pretend they don’t exist for now). Predators is that attempt to kindle new life into the franchise, but in reviewing it I also wanted to take a look back and work out where things started going wrong for the series, and whether the long quest to produce a decent follow-up is necessary, or even achievable. 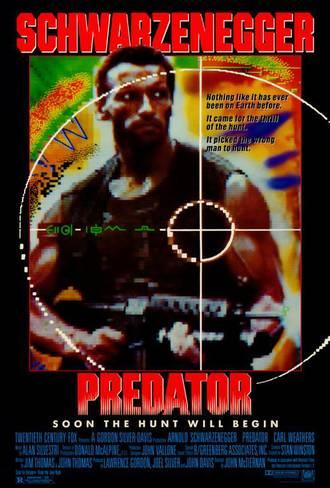 Predator has one of those iconically simple premises that people were really good at cooking up in the 1980s – Arnold Schwarzenegger is Alan “Dutch” Schaefer, a Delta Force Major in charge of an elite search and rescue team, called in to rescue a Guatemalan cabinet minister and other hostages captured by Soviet-backed guerrillas. The hostages don’t make it, but the team is able to make it out with valuable intelligence and a prisoner in the form of Anna (Elpida Carrillo), sole survivor of the guerrilla camp the team annihilates, who they take along at the insistence of Agent George Dillon (Carl Weathers), a former teammate of Dutch turned CIA agent who seems to know more about the real reasons behind the mission than he’s letting on. But their trip to the extraction point turns deadly when they are stalked and killed one by one by an alien creature with heat vision, superior weaponry, and perfect camouflage, who’s come to Earth because there’s nothing more fun than stopping by a primitive planet during a hot year and killing the quaint little natives.