Enrico Rosseni (Fabio Testi) teaches Italian and Gynmastics at a swanky London Catholic girls’ school. His marriage with Herta (Karin Baal), the German teacher, is on the rocks, but at least he gets on well with his students – after all, he’s the cool, laid-back teacher who tries to present himself as a peer to the kids. He gets on especially well with final-year student Elizabeth Seccles (Cristina Galbó), who he’s carrying on an affair with behind everyone’s back – though they haven’t consummated it yet, much to his frustration. 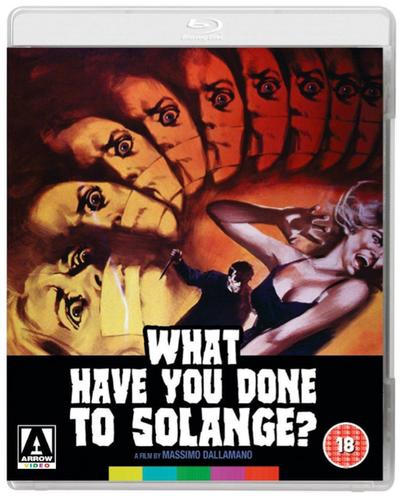 One day, as they’re smooching in a boat on the Thames, Elizabeth thinks she sees two figures on the bank, one chasing the other. but it’s only the briefest glimpse, and when the two hop out of the boat to check they don’t see anything untoward. The next morning, though, Enrico catches the morning news and hears that a girl’s body was found in the locale – Hilda Erickson, one of Enrico’s students. As Enrico juggles his curiosity about what happened to Hilda and his desperation to keep his affair with Elizabeth covered up, he ends up looking more and more guilty. Eventually, Enrico, Herta, and police detective Inspector Barth (Joachim Fuchsberger) all end up chasing down leads that find them drawn into the secret lives of the students.

Ultimately, the root of the mystery may be found in something terrible that happened to a mystery girl from another school. The final question our sleuths must resolve might not be “Who killed Hilda?” or “What went on between you and Elizabeth?” but… What Have You Done To Solange?