Robert Wise’s The Haunting, his adaptation of The Haunting of Hill House by Shirley Jackson, is based on a classic haunted house premise, which is depicted in flashback at the beginning. Hugh Crain (Howard Lang) built Hill House for his young wife and daughter in the most isolated area of New England he could find – a pretty sinister plan in itself – but tragedy struck before the family had even moved in, when Mrs Crain died in a carriage accident before even setting sight on the place. The second Mrs Crain dies after a fall down the stairs which might or might not have been accidental; little Abigail, the daughter of the family, lives in the house for her entire life, and eventually dies at an extremely advanced age – allegedly due to the neglect of the local woman she’d hired to take care of her. The lady in question inherits the house and attempts to live there, but eventually commits suicide – and for years afterwards the house was owned by Mrs Sanderson (Fay Compton), a distant cousin who wants nothing to do with the place, but can’t find anything to do with it. Nobody will buy it, and those who attempt to rent it inevitably flee within days of moving in. 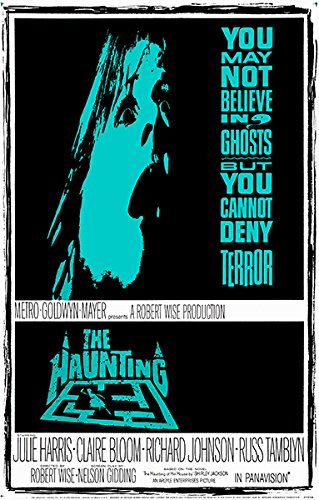 Enter Dr John Markway (Richard Johnson), paranormal researcher. Markway is a full-on believer in the paranormal, and thinks that Hill House presents his best chance of finding it; he asks Mrs Sanderson to allow him to set up shop in the house to try to track down and make contact with its ghosts, and she agrees on the condition that her nephew Luke (Russ Tamblyn) is involved. Markway agrees and proceeds to invite a range of assistants to come along – people that he believes are psychically receptive, even though not all of them agree with that assessment.