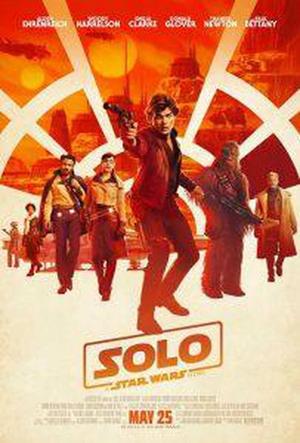 Doing a review of Solo this early after it comes out is a minefield. On the one hand, you don’t want to spoiler people. On the other hand, a good deal of what you want to say about a project boils down to how it ties in with the wider Star Wars saga, the particular direction Disney is presently taking with it, the expectations you have going in and so on.

In particular, as a prequel it spoilers itself in some respects. We know that by the beginning of the original Star Wars trilogy Han Solo is going to be buddies with Chewbacca, somewhat more long-distance buddies with Lando, in possession of the Millennium Falcon and working on the wrong side of the law. (In some editions, he also has sufficient smarts to shoot Greedo before Greedo shoots at him.)