From latter-day hits like Grizzly Man to the occasional surprise acting role in The Mandalorian or Rick & Morty, it seems like Werner Herzog has never been more widely known. This is pretty astonishing considering the bizarre arthouse material which he first made his name with, but on the other hand is a welcome outcome of a long career in cinema in which Herzog was pushing the bounds of the medium from an early stage. With significant blu-ray boxed sets released in both Region A and Region B (and a handy Region-Free blu-ray player), I’ve been able to sample a cross-section of his earliest work.

The Unprecedented Defence of the Fortress Deutschkreuz 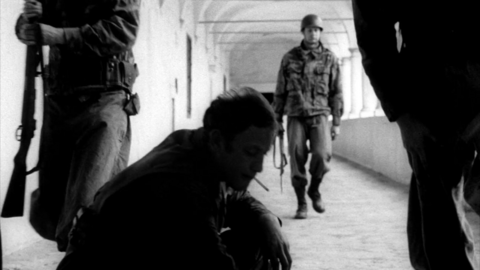 In this 1966 short film a group of young men undertake a bit of urban exploration, as a narrator muses on their adventures. We are told that the titular “fortress” has fallen into disrepair; before World War II it was a mental hospital, but after the Russians swept through and took everything valuable it was left deserted. The local authorities can find nothing useful to do with it, and are struggling to sell it.

END_OF_DOCUMENT_TOKEN_TO_BE_REPLACED

Let’s get the name mess out of the way first: I have never seen Abel Ferrara’s original Bad Lieutenant, so I can’t really compare the ridiculously-titled Bad Lieutenant – Port of Call: New Orleans to it. Neither, according to him, has Port of Call’s director Werner Herzog, who reportedly doesn’t see it as a sequel or a remake. And it really isn’t, except on a cold, soulless, corporate level – someone in the Hollywood machine decided it would be a great idea to put out another Bad Lieutenant film with Nicolas Cage in a role similar to Harvey Keitel’s in the original, and that’s what they did, regardless of Abel Ferrara’s feelings about what they did with his original concept and Werner Herzog’s feelings about how the title is completely inappropriate and stupid. 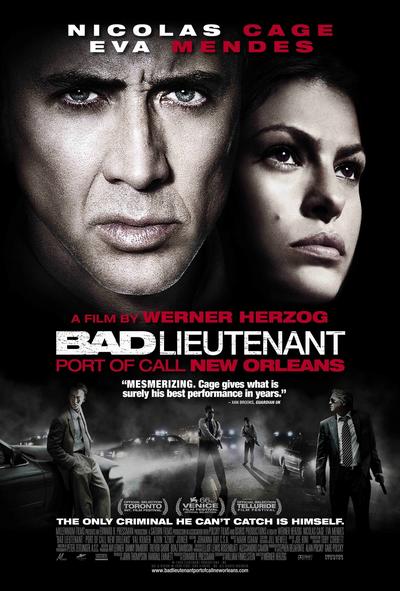 But let’s not be too down on Hollywood, because whichever coke-fuelled meeting prompted the remake also came up with the idea to give it to Herzog in the first place, a decision even more bizarre than the one to link this film with Ferrara’s. Despite having had a sudden spike in popularity stateside thanks to the success of Grizzly Man, Herzog isn’t exactly someone you’d pick to make a grim and gritty crime drama about a corrupt police detective whose excessive drug use and manipulative sex life spiral crazily out of control. Aren’t his directoral skills better suited to filming Klaus Kinski losing his shit in the Amazon than producing mainstream Hollywood crime thrillers?