In 1982 Godfrey Reggio (with the backing of Francis Ford Coppola) unleashed Koyaanisqatsi on the world, the first of a triptych of non-narrative documentaries which convey their ideas largely through images without explanatory narration or dialogue. The rest of the trilogy was filled out by Powaqqatsi in 1988 and 2002’s Naqoyqatsi, the latter of which is rather widely disliked since it consists not of lovingly assembled, gorgeous imagery shot on location but a mashup of cheap stock footage and really badly dated CGI. Indeed, when Arrow Video put out a recent Blu-Ray edition, they left out Naqoyqatsi entirely – but how do the other films hold up? 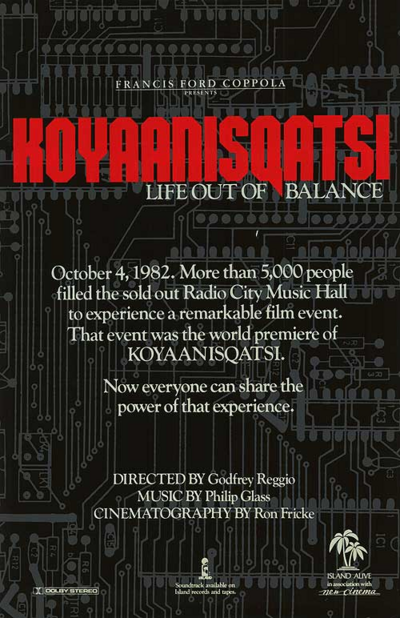 Koyaanisqatsi is a movie keen on showing us a bunch of stuff. A set of pictographs from the Great Gallery in Horseshow Canyon, the depicted figures limbs de-emphasised in a way which makes them look almost mummified. Rockets launching into space – or detonating in midair. Commuters shooting out of escalators like sausages issuing forth from a sausage machine. Mining activities, natural landscapes like Monument Valley giving way to industrial and urban landscapes. The Philip Glass soundtrack saws away at our ears as we are confronted with visual after visual and invited to string them together into some form of greater whole. But is there anything there?

END_OF_DOCUMENT_TOKEN_TO_BE_REPLACED

One of the tropes of martial arts movies is that there is essentially no such thing as “strength in numbers”; it’s an important aspect in which movies which follow this sort of concept depart from any sort of realistic combat situation, in which being outnumbered in a fight is, all else being equal, something of a disadvantage.

It comes down to the purpose of the fight in question. If the point is to establish a character as a badass without depicting them defeating an actually important character (because it isn’t the appropriate time in the story for them to do that), then having the character mow down a swathe of nameless mooks serves that purpose. If you want a showdown between a protagonist and an antagonist, you want it to be a one-on-one fight so that the spotlight is entirely on the main characters. Sometimes a movie is artful enough to set this up plausibly, sometimes it requires a bunch of trained fighters (who as part of that training presumably have been encouraged to overcome the instinct to flinch back and not take part) to stand around doing nothing whilst the hero kicks their boss’s head off. 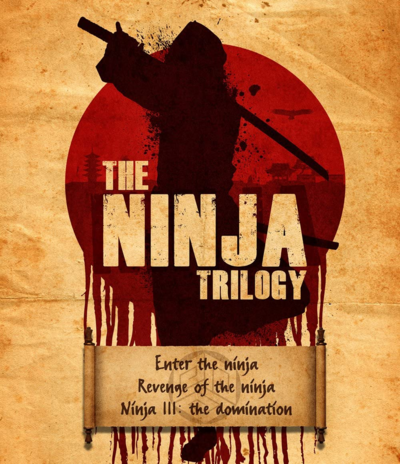 The cheaper sort of ninja B-movie that was all the rage in the 1980s is an example of precisely this sort of thing – especially the sort of material made on the cheap by Western filmmakers who didn’t really understand the genre but wanted to ride the bandwagon. One studio which had no qualms about doing that sort of thing was the Cannon Group, particularly under the Golan-Globus era – in fact, their loosely-connected Ninja Trilogy (which, despite the name, essentially consists of three entirely disconnected movies) is often credited with starting the 1980s fad for American ninja movies, though it was predated by the Chuck Norris vehicle The Octagon.

Now, we know that the more ninjas participate in a fight, the less effective they are. Is that also true of film quality? Do movie franchises get worse the more ninjas you stuff into them? Let’s find out…