Two women rob a bank and murder some bank tellers pointlessly before escaping to a cabin in a woodland ski resort; they don’t last the night before one of them has shot the other so that they don’t have to share the money, only for the betrayer to get stabbed in the back by an unseen figure who stacks the bodies on the stairs under a strange symbol scrawled on the wall with blood. 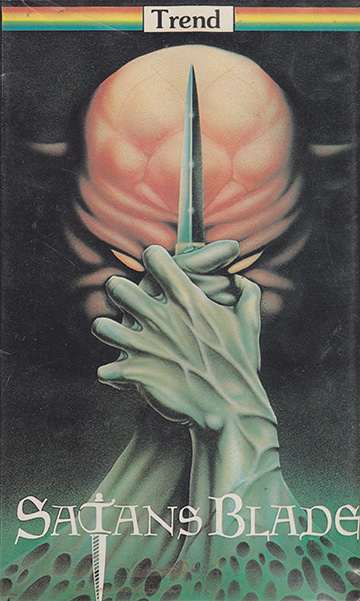 The next day, two separate groups of holidaymakers arrive at the resort. One of them, a group of women who don’t seem to have much of a background or motivation beyond being on the prowl for dudeflesh, takes the cabin the murders took place in; another, two husband-and-wife pairs celebrating one of the husbands (Tony) passing the bar exam, takes the neighbouring cabin. Both groups are regaled with stories of a mountain man who long ago called on the dark spirits of the hills for a weapon to use against those encroaching on his land – a certain blade, which drove the bearer to kill his enemies and his family alike. Supposedly, he rests at the bottom of the local lake, occasionally rising to kill again.

As the gents spend their time ignoring their wives, cultivating their bromance, and hanging out with the ladies next door, the wives spend their time being ignored, and the women in the murder cabin try to have a fun holiday despite being in a murder cabin, the police keep their investigation into the killings going. Eventually, the plot has to start again… right?