Hammer’s Dracula movies may well be their most famed series, thanks to the excellent casting of Peter Cushing as Van Helsing and Christopher Lee as Dracula – though it’s notable that in a nine-movie series, once you discount footage from earlier films repeated in later films to remind the audience of what’s previously transpired, Cushing and Lee only faced off against each other in three of the nine movies in the series; two of the movies has Cushing’s Van Helsing facing either a different vampire or a different actor cast as Dracula, and the other four movies have Christopher Lee as Dracula without Cushing being involved.

As with other Hammer series, the sequels may well be the most interesting ones to explore – after all, once you’ve done your riff on the original Bram Stoker story, it becomes necessary to come up with your own tales. And as usual for Hammer, the results are… mixed.

The Brides of Dracula 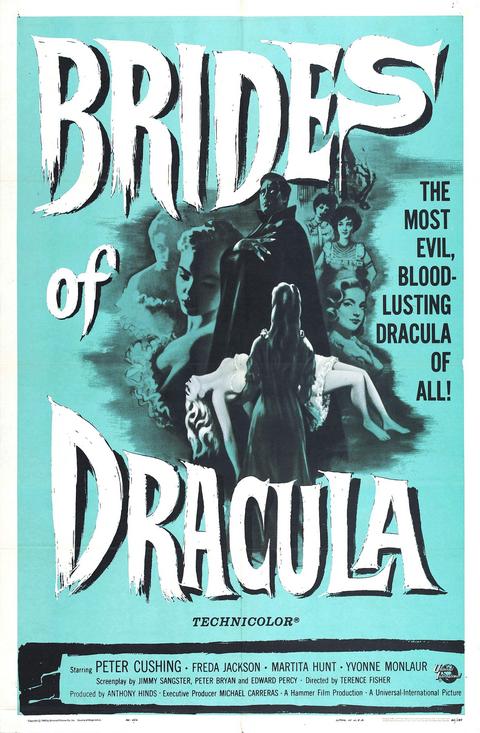 Marianne Danielle (Yvonne Monlaur), a schoolteacher from Paris, has been offered a post at a posh girl’s school in Transylvania. As she is travelling to the school, her superstitious coachman (Michael Ripper) abandons her – coach drivers are extremely unreliable in this sort of thing, aren’t they? Alas, there’s no room at the inn, but she receives an invite from local aristocrat Baroness Meinster (Martita Hunt), the local aristocrat, to stay at her castle overnight.