Now, don’t get me wrong. The idea of pitting the xenomorphs of the Alien series against the trophy hunters of Predator has yielded some interesting material if you take a whole-franchise perspective. The original Dark Horse Comics stories which introduced the idea may be some of the more respected crossover comics out there. There’s been some pretty good video games based on the concept. The xenomorph skull kept as a trophy on the Predator’s ship in Predator 2 is one of the more fun aspects of that movie.

Still, let’s not get away from the fact that when it came time to take Aliens vs. Predator (or Alien vs. Predator, the franchise is annoying inconsistent on this point) and make an actual movie out of it, the result was not one trainwreck but two – and a blemish on the reputation of the two cinematic franchises that spawned the idea. Why, when these are two creatures originating in the movies, do people seem not able to make a good Aliens vs. Predator movie? Let’s find out. 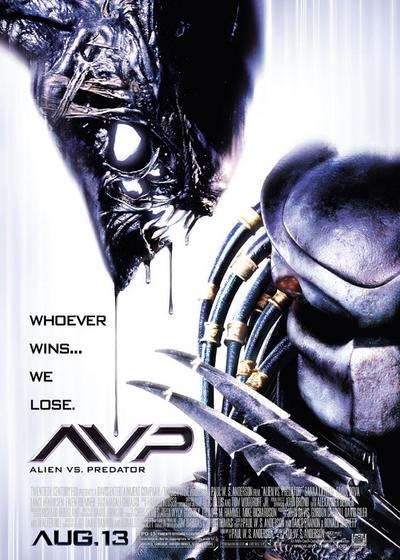 This one is misnamed because you have a whole bunch of xenomorphs against one Predator so it should really be Aliens vs. Predator. In terms of plot, it riffs on Lovecraft’s At the Mountains of Madness playbook by setting its story in Antarctica; in the opening sequence a guy from an old-timey Antarctic expedition is pursued to his death by a Predator and a Xenomorph. We then cut to the present day: a Weyland Industries company satellite in low Earth orbit has discovered some sort of ancient ruin in the depths of Antarctica, and Mr. Weyland himself (Lance Henriksen) assembles an elite team of explorers and archaeologists to investigate. (This is altogether more like Prometheus than I think people like to admit.)