My parents swear that I watched and loved the BBC’s 1984 adaptation of The Box of Delights when it came out. Seeing how I was two at the time and I don’t remember anything that far back I have to take them at their word for it, but I had a chance to watch (or rewatch) the thing on DVD recently thanks to the BBC rereleasing it (in really cheap-looking cardboard packaging). 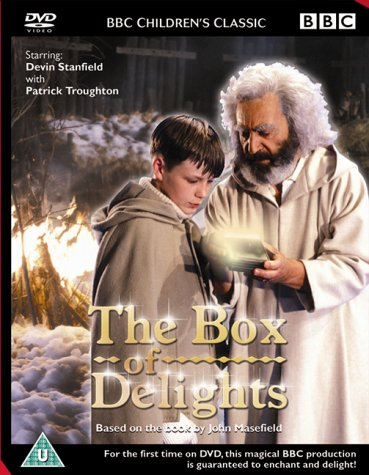 The novel by John Masefield it’s based on came out in 1935, 15 years before The Lion, the Witch and the Wardrobe, which it appears to have influenced but which is, if we’re being honest, a much better story. It’s appropriate, then, that the BBC adaptation of Box sometimes feels like low budget preliminary sketches for their later adaptation of Narnia, and also doesn’t quite meet the same high standards.