Just as Israel Regardie’s The Golden Dawn is, though it has its shortcomings, a widely-recommended source of raw information concerning late Victorian British occultism, Agrippa’s Three Books of Occult Philosophy is widely considered the encyclopedia of occultism as it was studied in Renaissance Europe. Indeed, it and the Golden Dawn’s system are not unconnected; Francis Barrett catalysed a resurgence of occult interest in Britain in 1801 with his The Magus, or the Celestial Intelligencer, which largely just plagiarised substantial chunks of the Three Books and perhaps a pinch of a different source in order to deliver its information, and then later when the Golden Dawn was formed great chunks of their inner practices were adopted either from that or, less likely, Agrippa directly. 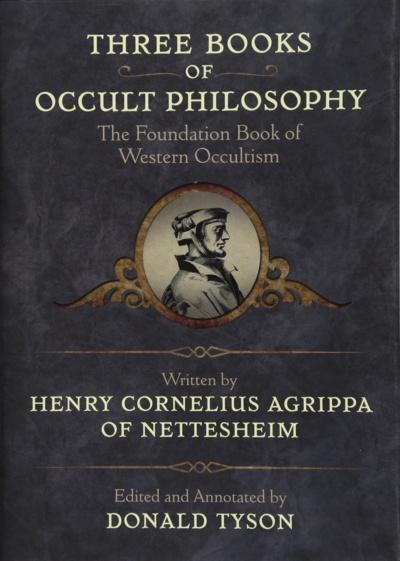 The reason that it’s more likely that the Golden Dawn leadership got their details from Barrett rather than Agrippa is that for a good long time a full English translation of Agrippa wasn’t available, aside from a 17th Century translation riddled with errors. Donald Tyson’s presentation of the Three Books is the product of a laborious process of reconstruction, bringing the full text back into print in English for the first time in ages, repairing errors, and extensively annotating everything (and when I say “extensively” I mean “in many chapters there’s a greater word count in Tyson’s footnotes than in Agrippa’s actual text”).

END_OF_DOCUMENT_TOKEN_TO_BE_REPLACED

One of the more interesting categories of conspiracy theory that circulate these days is the set which deal with the concept of “Breakaway Civilisations” – the idea that the conspiratorial elite have access to a bunch of technologies and scientific knowledge which they haven’t shared with us proles, to an extent that our civilisation has essentially bifurcated, with the privileged few living a sci-fi life of leisure – often swanning about in outer space – whilst the less unfortunate don’t get any of the benefit of these technologies. (People who promote these theories seem prone to not noticing that this is actually more or less true of life on Earth, save for the space travel stuff.)

One of the things which is interesting about such theories, aside from the sheer sci-fi imagination involved with them (if you listen to them you could imagine that the action of Star Trek is already unfolding somewhere out in deep space, with crews of humans from Earth having adventures as part of the Illuminati’s space force), is the fact that they’re largely riffs on one iconic conspiracy theory, a shaggy dog story that’s some four decades old but which still manages to fool some credulous folk into thinking there’s something to it. Let’s jump in and explore the strange universe of Alternative 3…

END_OF_DOCUMENT_TOKEN_TO_BE_REPLACED

Among the various changes that have happened at Chaosium since they went under new management has been the appointment of a new Executive Editor for their fiction line, James Lowder. Much of his work since the takeover has apparently focused on handling wayward payments to contributors and contractural issues; if these problems were anything like those that had infamously affected their RPG publishing efforts, Lowder had a big job on his plate. He has now issued new submission guidelines for Chaosium’s line of tie-in books, with an eye to relaunching it in 2018.

Many tabletop RPG companies have taken a sidestep into the world of producing more conventional books – if you can arrange to get an RPG rulebook printed, after all, you’ve got most of the logistical issues licked – and back in the day Chaosium were no exception. Starting in 1993, their non-gamebook releases included both original fiction and reprints of old material, with game lines like the Arthurian-themed Pendragon and Call of Cthulhu each, as a result of being based on various literary traditions (of very different vintages), having a strong body of material available for Chaosium to republish.

END_OF_DOCUMENT_TOKEN_TO_BE_REPLACED

Now that we’ve covered Lovecraft’s juvenile works, we can take in his early adult career. Lovecraft’s transition into adulthood was, to put it mildly, a bit of a bumpy one, and it pretty much shut down his fiction output for nearly a decade. During that time, he made his big effort to craft himself into a poet, took up his science writing again, and broke into the hobby world of amateur publishing, all of which I am going to try and take in with this article. I’m also going to include a bit more biographical notes than I intend to include in other portions of this article series, firstly because I think these details are significant to the writing of The Tomb, his return to fiction, and secondly because I think there is a significant enough autobiographical dimension to The Tomb that knowing these details aids greatly in its interpretation. Lastly, I will look at The Tomb itself, to see how Lovecraft’s approach to fiction had developed as a result of life experience and a substantial number of years spent away from such stories.

At the end of Lovecraft’s last year of formal education he suffered a serious breakdown (which may have been purely psychological, or may have been connected to a serious head injury he somehow suffered whilst exploring an abandoned house), and in the future he would feel acutely embarrassed by his failure to obtain a high school graduation certificate or to attend university. One of the few writings Lovecraft issued to the outside world during his 1908-1913 period of seclusion was a letter to the Providence Sunday Journal in late 1909, in which he recounts how on a night-time walkabout on Christmas Eve he stumbled across a group of people who had mistaken Venus for lights from an airship, and was able to point out their mistake.