I mean, I appreciate that it’s a quite good FPS, but does it really deserve the critical acclaim that it’s received? I can’t help but wonder whether the hype surrounding the Halo series is just a consequence of the first game being an important launch title for the original X-Box. Maybe I’m completely out of touch with the mainstream – I don’t like Gears of War either – but, as significant as Halo might have been at the time, it just hasn’t aged as well as the likes of Doom, Quake, or Unreal – three games that are significantly older than Halo, but for me at least retain a lot of the fun and enjoyment that they possessed back in the early days. 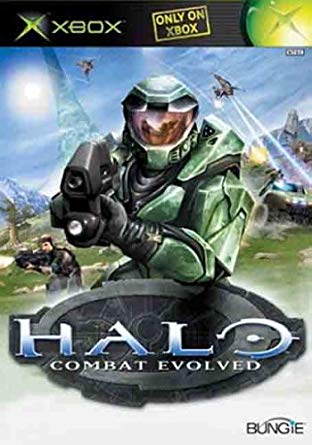 Let’s take the setting. Halo, as any fule kno, is set on a ringworld. The problem, is, this is actually kind of irrelevant and tangential to the plot; yes, the ringworld turns out to have a sinister technological purpose beyond looking pretty, but that still isn’t enough to justify setting it on a ringworld as opposed to, say, an ancient and derelict planet, or an abandoned alien space station (it also makes absolutely no sense that the Halo has an ecosystem – what, precisely, about its function demands that it has an atmosphere and grass?). The setting of the game seems to have been chosen solely on the basis that the designers quite like Larry Niven and it’s something interesting to do with the skybox. The sparse history of the orbital compares poorly with the rich world of Na Pali, explored in the original Unreal, which had its own ecosystems and cultures and a rich history that you could discover through play bit by bit (as opposed to the history of the Halo in Halo, which you get in two clumsy plot dumps).