The PlayStation 1 was the victor of its generational console war against the Nintendo 64 and Sega Saturn for various reasons – not least of which was a bunch of unforced errors on the part of Sega and, to a lesser, extent, Nintendo – but it’s fair to say that the game selection involved was a major factor. Whereas Nintendo and Sega tried to operate comparatively closed shops, with third-party developers expected to toe the line when it came to developing for them (especially when it came to more mature content), Sony went out of their way to make it easy for developers to produce games for the PlayStation. 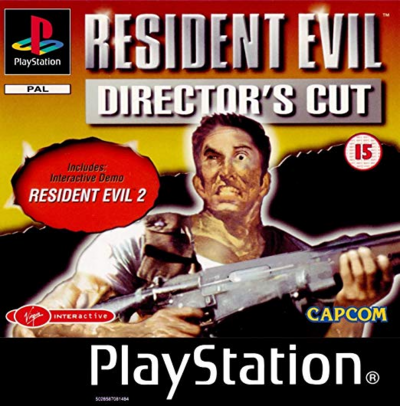 This inevitably meant that the platform ended up with its fair share of shovelware, along with games which sparked controversy like Grand Theft Auto for its depiction of violence in a close-to-real-world setting or Tomb Raider for its shameless male gaze-y handling of Lara Croft, whose polygonal boobs were frequently treated as the game’s main selling points. Part of the reason Nintendo and Sega had been careful about third party software for their systems came down to fear of just such quality control issues or media backlashes, after all.

END_OF_DOCUMENT_TOKEN_TO_BE_REPLACED

The early Silent Hill games are held up by some (including me) as the gold standard in survival horror, in particular because they have distinct and interesting aesthetics, great soundtracks and somewhat more original plots than your typical Resident Evil knock-off. As a result of this, a certain mystique has grown up around Team Silent, the original Japanese group of developers who made the first four game in the series. After Silent Hill 4: The Room various other developers – Climax Studios in the UK, Double Helix in the US and Vatra Games in the Czech Republic – have had their own stabs at making Silent Hill games, none of which have won over the fanbase to the extent that the original games did. Consequently, the accepted wisdom seems to be that nobody who isn’t Team Silent is really capable of making a good Silent Hill game.

That might be true. On the other hand, I’m not convinced that Team Silent were able to make a really excellent Silent Hill towards the end of their existence either. But to make that argument, I’ll have to kick off by talking about what they did right.