There’s a lot of hype around John Ajvide Lindqvist’s Let the Right One In at the moment, and for good reason: it’s billed by its supporters as the reinvention of the vampire novel, a triumphant evisceration of the romantic sanitisation of the vampire that began with Anne Rice’s sexy, vulnerable, approachable bloodsuckers and culminated with Stephenie Meyer’s slightly grumpy glitter goths (actually, the original Swedish version of the book came out a year before the first volume of Twilight, but let’s not get hung up on that). 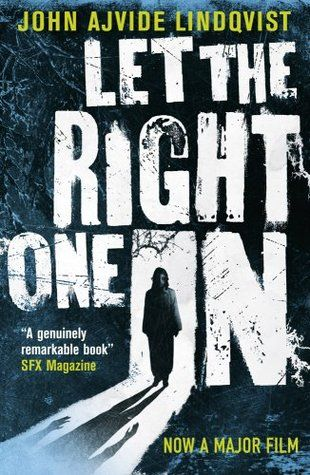 This is not completely the case; at the end of the day this is still the tale of a young boy called Oskar who falls in love with Eli, the vampire next door. But whilst the individual vampires encountered in this book are almost (but not quite) all very human characters that the reader can feel sympathy for, the actual condition of vampirism is consistently portrayed as a degrading and grotesque thing, a vile curse that reduces the vampire to a bestial blight upon the community. Romantic nibbling is simply not an option, not if the vampire wants to really satisfy the craving to any real extent; the disease of vampirism demands murder, over and over again, preferably followed by desecration of the corpse, for feeding invariably results in infection, and uncontrolled infection leads only to disaster.