Even in his own lifetime, H.P. Lovecraft got the occasional bit of fan mail from occultists either asking if his mythology of the Great Old Ones was real – or insisting that it was real. Over time, it seemed like the Necronomicon became the particular focus of this sort of inquiry – perhaps because of Lovecraft’s technique of listing it and other invented Mythos tomes alongside real books when using it in his stories.

Lovecraft gently let down all such inquirers. He’d also disappoint fans who knew it was fictional but thought it’d be wicked awesome if he’d write an actual Necronomicon, by pointing out that he’d already established in his stories that the damn thing was hundreds of pages long – and whilst he might be tempted to cook up some scraps, he really didn’t want to spend that long cranking out a tome of that length. Nonetheless, an appetite for the book remained.

After Lovecraft died, pranksters would slip references to it into library catalogues and the like, but the efforts of Arkham House to exert control over Lovecraft’s intellectual property (despite August Derleth’s rather weak claim to be Lovecraft’s literary executor, a role it’s now generally agreed that R.H. Barlow had a better claim to) may have dampened any efforts to turn the artifact into reality. Derleth’s death in 1971, however, made such fakery significantly more tempting. 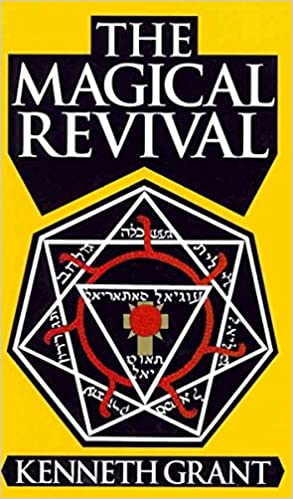 The early 1970s also saw Kenneth Grant put out The Magical Revival, the first volume in his epic Typhonian Trilogies – a sprawling account of his further development of Aleister Crowley’s occult system of Thelema. This included an astonishing claim – that Lovecraft’s fiction wasn’t fiction, but was on some level communicating psychic truths that were not only compatible with Thelema but were actually important components of it in their own right.

This created the impetus for a bizarre new feature of the occult scene – a spate of purported Necronomicons, at least one of which would inspire readers to actually try out the magic described therein, and a raging conflict in the wider scene over whether these books a) were what they purported to be and b) had any legitimacy as grimoires. In short, the stage was set for a conflict in which shots are still fired to this day – the controversy I like to call the Necronomicon Wars.