In the pantheon of game developers specialising in text adventures back in the golden age of the genre, Infocom’s name looms large, and with good reason. By heavily pushing the line that their products are “Interactive Fiction” – and going out of their way to cover a range of genres from classic videogame fare like SF/fantasy to less traditional subject matter for games, they not only presented their products as refined pursuits for elite gamers who are too good for games which involve hand/eye co-ordination or actual game mechanics, but they arguably also set the tone for the IF fan community who beaver away producing new games to this day.

The “Interactive Fiction” label is still used by those who want to hype up the artistic potential of the medium or who otherwise find “text adventure” to be an embarrassing term – something which rather bugs me, since I think the more effort you put in to make the things you like seem less embarrassing to others, the more obvious it is that you are a bit embarrassed of them, and therefore the more embarrassing it seems. (To take an example from a very different field, the famed Gimp Man of Essex seems to be mostly regarded as a national treasure rather than a weird pervert, largely because he’s very casual about it and doesn’t go out of his way to make it weird; if he acted all embarrassed about his activities then I think he’d have a much more negative reception.)

Another beef I have with the term “Interactive Fiction” is that it’s horribly imprecise. Any videogame with a plot is interactive fiction. A gamebook is interactive fiction. A pantomime is arguably interactive fiction, at least in the sense that the characters acknowledge the audience and respond to their calls. Lots of stuff is a) clearly presenting fiction and b) clearly offering interactivity of some form. “Text adventure” pins down the medium far more precisely, and if it’s got some embarrassing and unfortunate associations you do the work to decouple it from those associations and promote text adventures which don’t go there, you don’t make up a new word for the stuff you are doing to try and set up some sort of elite divide between the text adventures you approve of and the ones you disapprove of.

More positively, the Inform family of languages, which are probably the most common ones used in the field, were developed to let home coders produce games that would run on Infocom’s Z-machine – a virtual machine which lets Infocom games be played on any computer system with a suitable interpreter.

Infocom’s development of the Z-machine is a happy historical accident which has been a real boon to the modern-day text adventure community. Infocom, it should be remembered, were operating at a time before personal computer architectures and operating systems had ossified into the major standards we have these days. By writing their games for the Z-machine, Infocom effectively only had to write each game once – then all they had to do was make a Z-machine interpreter for whichever computer platform they wanted to publish for, and then they could put out all of their games on that platform, which is obviously massively cheaper than having to rewrite each game for each operating system you want to adapt it to. (It even led to major price savings when it came to the packaging – Infocom games of the classic era came out in the same box with the same handouts and inserts for all platforms, and they’d just stick the appropriate disk or cassette tape in the box and put a sticker on the front specifying which operating system the contents worked on.)

This, of course, has also been very helpful when it comes to running classic Infocom text adventures and brand new Inform-based homebrews on modern computers, because the exact same task applies: simply write a Z-machine interpreter for whatever new platform comes out, and then once you have that working everything written in Inform or by Infocom can be played on that platform.

The fan community has also followed Infocom’s lead in recognising that there’s two things which are really key to a good text adventure: an interpreter which is easy to engage with and can understand a broad range of commands, and really solid writing. (After all, if the sole means a game has of delivering content consists of text, it may as well be really nicely polished text that is a pleasure to read.)

It’s fair to say, then, that whilst the homebrew adventure game scene has made some very important contributions to the genre – making a range of interpreters for running new and old text adventures on modern computers, smartphones, and more or less anything with a computer chip in it, as well as expanding the versatility and hence the user-friendliness of interpreters by widely expanding the range of verbs understood – they’re very much standing on the shoulders of giants, and Infocom is by far the largest giant. Usually, I would say that this position is well-earned; of the 1980s-era text adventures I have played, Infocom ones have almost always had the richest and most flavourful prose, the most forgiving and user-friendly parsers, and the most interesting stories and puzzles.

There are, of course, exceptions… 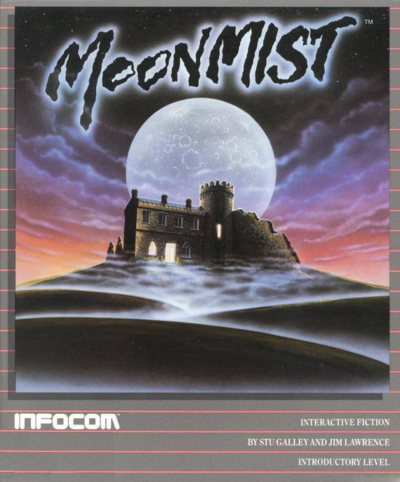 END_OF_DOCUMENT_TOKEN_TO_BE_REPLACED

It’s January 1603, and it’s a Plague year in London. You are struggling printer Richard Fletcher, and you receive an invitation to dinner with an old friend of yours, John Croft. After you arrive at Croft’s home, however, you find all is not well – and it stems from Croft’s relationship with Christopher Marlowe and a curious unfinished Marlowe play that Croft had been trying to complete with help from William Shakespeare, entitled The King In Yellowe… 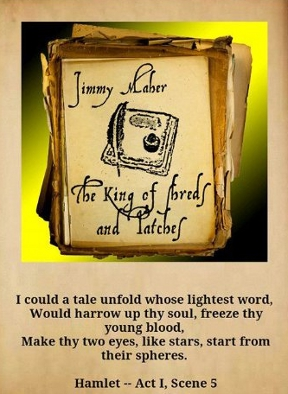 Adapted by Jimmy Maher from a Call of Cthulhu tabletop RPG scenario by Justin Tynes (the original adventure was published in Strange Aeons, a set of scenarios set in time periods not typically addressed by the game), The King of Shreds and Patches is a remarkably accomplished text adventure, with several important strengths. The first is the extremely high standard of writing; the descriptions are vivid but also to-the-point, and usually succeed at making sure that important matters are highlighted. More or less anything which the text draws your attention to in the area descriptions is something that can be usefully examined, for instance, and each and every description contributes something to the atmosphere.

END_OF_DOCUMENT_TOKEN_TO_BE_REPLACED

Specifically, this consists of my contribution to Ferretnibbles 3 – hence the retitling to reflect that the remainder of the original article, not reproduced here, was written by other hands.

Lately I have been poking at a number of text adventures, largely because the interactive fiction database has been refined to the point where it’s really nice and easy to find good ones. Whilst some can be true epics, others can be wrapped up extremely quickly – here’s some I quite enjoyed recently.

9:05: This bite-sized nibble of text adventure goodness from Adam Cadre is a gentle, easy introduction to the format. There are no real puzzles beyond getting out of bed in the morning, leaving the house and driving where you need to go – except if you do all that as expected of you, you run into a twist which prompts you to immediately replay it and puts a whole new spin on all the descriptions so far. Brief yet fun, and an interesting exercise in how the limited descriptions offered in text adventures can blinker the player.

Lords of Time: Written by Sue Gazzard, this was an early time travel game, commercially published back in 1983 by Level 9 Computing (both as a standalone and as part of the Time and Magik trilogy, though the games in the latter series didn’t have much of a connection). It has an interesting central mechanism – a grandfather clock with nine cogs inside gave access to nine different time zones, allowing you to travel about until you reached the endgame as you tried to collect the essential items needed to repair the structure of time for… reasons. It was let down, as were many games of its era, by the extremely limited text descriptions, which resulted in the premise of the game being a bit heavy-handed and the experience not seeming especially rich compared to later efforts. In its era, it was probably pretty good, but the rich standards of post-1990s text adventures have rather spoiled it for me since it cannot help but seem a bit threadbare in comparison.

Three-Card Trick: Chandler Groover’s pocket-sized adventure gives the player much less freedom than it at first appears, but if you pay attention to the descriptions it yields not just useful hints for progress, but also hints as to a deeper horror to its world. In principle, you’re just an award-winning stage magician annoyed at your rival improving on your signature trick; in practice, something much darker is happening. Making the protagonist a fabulous woman stage magician in a dapper tuxedo is the final bit of polish that makes it perfect, and the clever tricks it pulls with the standard IF parser format are fun.

Anchorhead: You and your husband Michael have moved to the New England town of Anchorhead, where Michael has unexpectedly inherited a family mansion and been given tenure at the local university. Of course, this was as a result of his relative Edward Verlac abruptly killing his wife and children and then committing suicide – but it’s beyond credibility that a sinister ancestor would reach out from the past and try to possess Michael as he tried to take Edward and his family, with the aim of invoking dark gods to end humanity’s pitiful reign on this planet, right… right?

Anchorhead bills itself as a Lovecraftian text adventure, but it’d be more accurate to call it Derlethian – it uses August Derleth’s Standard Narrative as used in his Mythos pastiches to the hilt. That said, it is much more enjoyable than those stories in part because designer Michael S. Gentry is a much better prose engineer than Derleth, and in part because it casts you not as the possessed inheritor of a sinister house but as the inheritor’s wife, which opens up a new take on the old story. Various flavours of real-life abuse are thematically touched on, making this a story more comfortable with dealing with real-life horror than Derleth ever was, and in some respect more than Lovecraft ever did. It is rendered a little tough going by the ease with which you can get the game into an unwinnable state inadvertently, however.