In my continued retreat into the past to escape the appallingly shitty state of the horror genre, I decided to take a tip from Harriet Vane and delve into the work of Sheridan Le Fanu. Uncle Silas, recently dug up by Wordsworth Editions for their Tales of Mystery and the Supernatural range, is often seen as being Le Fanu’s attempt at a sensation novel, an expansion of the short story A Passage In the Secret History of an Irish Countess designed to hop onto the Woman in White gravy train. For his part, Le Fanu seems rather ambivalent about this sort of classification, prefacing the book with an appeal to the reader to regard it as a romance in the tradition of Sir Walter Scott (who is regularly referenced in the text) as opposed to some tawdry and amoral sensation novel, but on the other hand the novel carries all the hallmarks of the form so possibly Le Fanu was subtly implying that the sensation novel tapped into an older and more respected literary tradition so snobs had better stop hatin’. 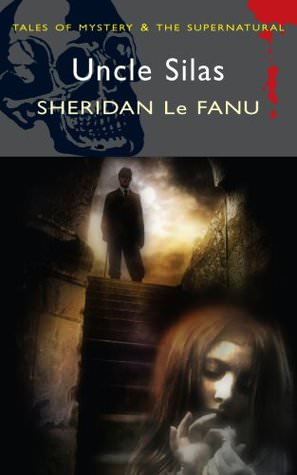 Transferring the action from the Irish setting of the short story to Derbyshire (because Le Fanu’s publisher thought it’d sell better that way), the novel is rooted in the perceptions and recollections of Maud Ruthyn, the heiress of the ancient Ruthyn family. In the opening chapters of the story it is apparent to us (but not to the teenage Maud) that her rather hermit-like father Austin is dying. An avid follower of Swedenborg, he is comforted by his faith in a life after this one, but has one very great regret: that despite all the power, wealth and influence at his command, he was never able to dispell the aura of controversy and disapproval surrounding his younger brother Silas, who was rumoured to have something to do with the death of a bookmaker he was alegedly indebted to in his home at Bertram-Haugh.