My mind having been scarred and battered by the horrors of A Dark Matter, Horns and The Passage – and not in a cool “wow, this horror novel is really fucked up and scary” way so much as a “wow, this horror novel is really fucking terribly written” way – I decided to get back to basics. Two centuries is not enough time to put between me and those three miserable books, but it’s about as far back in time as you can get and still encounter things which are still recognisably novels, and are clearly some sort of literary ancestor of horror fiction as it exists today. In this case, I picked up Matthew Lewis’ The Monk, which granted is anti-Catholic hate literature written by a teenage boy but at least it isn’t the scribblings of the Stephen King clique about their love for this mysterious “Lee” figure or the wittering of a horrendously racist English professor musing on the gratitude a homeless black man could show a middle-class white lady. 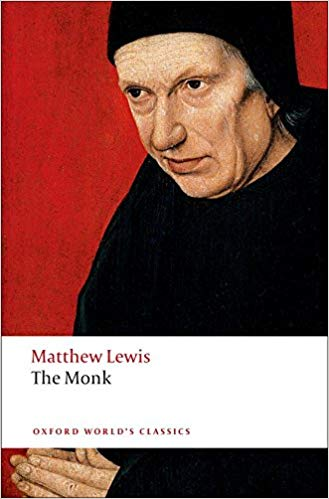 By the way, it’s a novel about a murderous rapist so a generous helping of trigger warnings all round is called for.