If you’ve enjoyed the Persona games – I’ve previously provided reviews of the first, third and fourth – then odds are that sooner or later you’re going to want to explore the wider Shin Megami Tensei series of demon summoning-themed JRPGs. What you discover is a mixed bag; most of the other branches of the series eschew the high school life simulation visual novel and dating sim influences of the Persona games (and only Persona 3 and Persona 4 actually focus on that), and whilst sometimes their surreal takes on fairly standard JRPG plotlines can be quite interesting, other times the games can get bogged down in repetitiveness and tedium. On top of that, there’s a sprawling morass of side-series which, like Persona, take the demon-summoning concept and put their own spin on it.

Consequently, what you might to expect to deal with here – both from the title being highly reminiscent of the original series and the fact that it preceded Persona 3 – is a more traditional Shin Megami Tensei game, and for the most part that’s what you get. So any of y’all who were hoping for another life simulation will probably be better off waiting for the recently-announced Persona 5.

END_OF_DOCUMENT_TOKEN_TO_BE_REPLACED

In my restless dreams, I see that town: Silent Hill. Konami promised they’d take us there again some day, but they never did – at least, not in the company of Team Silent, the tour guides fans of the series had become accustomed to over the course of the first four games of the series. There’s been four new additions to the main series (where I define main series as “games which have seen release on home consoles rather than being mobile gaming or handheld exclusives”) since the demise of Team Silent in the muddled mess of The Room, and none of them have really won over the hearts and minds of fans. Is this a case of fandom being too hostile to the idea of new developers refreshing and putting a new spin on the series, or is this a genuine problem Konami are having with finding a safe pair of hands to bring the series forwards? Nothing for it but to ignore the warnings of others (because what sort of shitty horror protagonist would I be if I heeded warnings?) and head back to town.

END_OF_DOCUMENT_TOKEN_TO_BE_REPLACED

The early Silent Hill games are held up by some (including me) as the gold standard in survival horror, in particular because they have distinct and interesting aesthetics, great soundtracks and somewhat more original plots than your typical Resident Evil knock-off. As a result of this, a certain mystique has grown up around Team Silent, the original Japanese group of developers who made the first four game in the series. After Silent Hill 4: The Room various other developers – Climax Studios in the UK, Double Helix in the US and Vatra Games in the Czech Republic – have had their own stabs at making Silent Hill games, none of which have won over the fanbase to the extent that the original games did. Consequently, the accepted wisdom seems to be that nobody who isn’t Team Silent is really capable of making a good Silent Hill game.

That might be true. On the other hand, I’m not convinced that Team Silent were able to make a really excellent Silent Hill towards the end of their existence either. But to make that argument, I’ll have to kick off by talking about what they did right.

END_OF_DOCUMENT_TOKEN_TO_BE_REPLACED

So, after kicking off the Persona series with the first game and thoroughly reinventing it with the third game and its mix of classic dungeon-crawling action and slice-of-life social simulation, the Shin Megami Tensei team were riding high. For their Playstation 2 swansong, Persona 4, they opted for a refinement of the formula which worked so well for Persona 3. This time, our nameless protagonist (Jerry Cornelius, in my playthrough) has parents who are not dead, but are going abroad for work for a year. So, they ship their mysterious, silent, grey-haired son off to the sleepy rural town of Inaba to spend the year in the care of his uncle Dojima, a detective in the local police force who has been bringing up his six-year-old daughter Nanako by himself ever since her mother died in a hit-and-run accident. 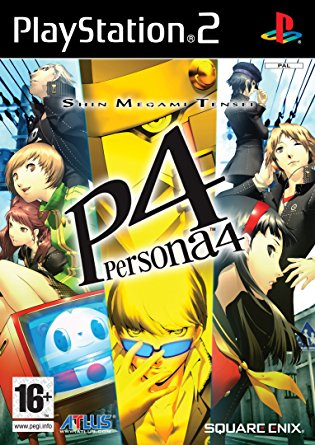 Even before the protagonist arrives in Inaba, however, there’s signs something is up; on the train down, he dreams of the Velvet Room, where Igor is once again waiting with a contract binding him to take on the consequences of his decisions for the coming year, along with his new assistant Margaret, sister of Elizabeth from Persona 3 who’s mysteriously vanished. (This time around, incidentally, the Velvet Room is a plush limousine travelling through fog-enshrouded darkness, which is much less obviously Lynchian than most of its previous appearances in the ga- oh wait.) Once he arrives, things only get stranger. Rumours proliferate of the Midnight Channel, a mysterious TV station which only appears when it’s raining and which is supposed to show the face of your true love. A television presenter who had been caught having an affair with a politician and had come to the town’s historic inn to get away from it all is found dead, dangling from, of all places, a TV aerial; some time later, Saki, a girl from the school the protagonist is attending in Inaba and who was featured on television after she discovered the presenter’s body, is found dead under similar circumstances.

END_OF_DOCUMENT_TOKEN_TO_BE_REPLACED

If God of War: Chains of Olympus had come out on the PS2, like the original game, it would have been a massive disappointment. The graphics are of a similar standard, and show as much visual imagination as the original game. The plot, likewise shows a similar capacity for completely mutilating Greek myth in a way which actually feels right even though it’s clearly wrong – as though these could be little details from Greek myth, even though they absolutely aren’t. The combat is more or less the same, the magic system is a bit easier to handle. 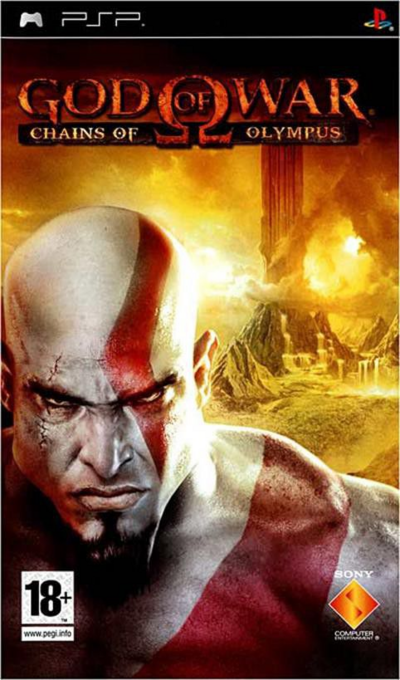 Except, at the same time, there isn’t really very much of an advancement over the original game. The combat is exactly the same, without much in the way of new tricks. Major battles and stunts are peppered with the same sort of quick-time events. It’s a prequel which doesn’t really shine that much of a light on Kratos’s past. The simplification of the magic system is achieved by stripping it down and making it less interesting. And it’s actually quite short.

There is one thing which makes virtues of all of these flaws, and which makes Chains of Olympus an excellent pick – it’s a PSP game.

END_OF_DOCUMENT_TOKEN_TO_BE_REPLACED 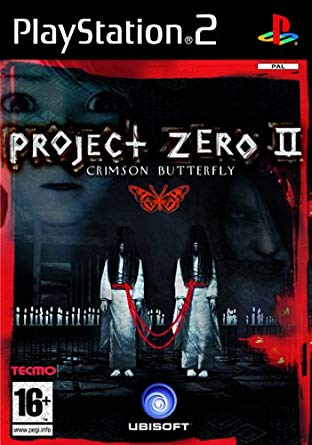 The two main characters of the game are the Amakura twins – Mio, the character you control for most of the game, is mildly more outgoing and active and somewhat less psychically sensitive than her sister, Mayu, who due to a childhood accident walks with a pronounced limp and gets extremely anxious at the prospect of being separated from Mio. Out for a stroll in the woods in which they used to play when they were little, the two schoolgirls get lost after Mayu chases a bright red butterfly into the depths of the forest. As night falls they come across an abandoned village; they are unable to find a way out, and as they explore the village they discover its sinister history, involving dire sacrificial rites in the name of keeping closed a subterranean gateway to hell – rites in which twins took on the central role. And as their investigation progresses and the attacks from the ghostly residents intensify, Mayu comes more and more under the influence of the insane ghost of one of the last sacrificial victims, an entity which seems intent on using Mio and Mayu to re-enact the traditional ceremonies.

END_OF_DOCUMENT_TOKEN_TO_BE_REPLACED

Although I’ve played the first and third Persona games, until now I hadn’t played any games in their parent series, Shin Megami Tensei. That changed with Shin Megami Tensei III: Lucifer’s Call – called Nocturne outside of Europe, and the first Shin Megami Tensei game in either the main series or the various subseries to get a European release. Describing something as being like another thing “on acid” is a lazy habit, but Lucifer’s Call really is like Persona 3 on acid, even though it came before the other game. It lacks the daytime school narrative of the latter-day Persona games and therefore loses its moorings in everyday reality; the protagonist is transformed into something entirely unlike the teenage schoolboy he was and travels across a mutated, hallucinatory Tokyo on a quest not to discover the meaning of life, but to impose a meaning on life. 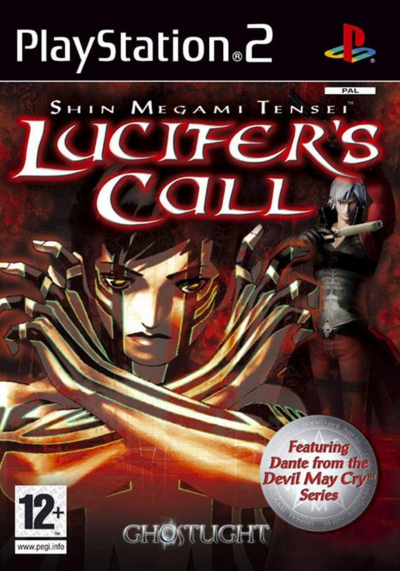 Our protagonist on this occasion – who never speaks, as is traditional in Shin Megami Tensei games – is a high school student with a passing interest in videogames and the occult. At the start of the game accompanies his classmates Chiaki Hayasaka and Isamu Nitta in order to visit their teacher, Yuko Takao, who’s asked them to come and see her in the local hospital. On the way to the hospital the protagonist encounters Jyoji Hijiri, a journalist working for an occult magazine who’s covering the riotous local activities of the Gaea organisation, a doomsday cult that apparently has connections to the hospital. At the hospital, the protagonist and his friends find that Yuko is missing and split up to find her. Our hero finds her, but she’s not sick – not physically, at least. She’s in the company of Hikawa, the menacing leader of the Gaea cult, who almost unleashes his occult powers against the protagonist but for her intervention.

Then she takes the protagonist to the roof of the hospital to look at the beautiful view of Tokyo it offers – and she calmly and patiently explains that she and Hikawa believe that the world has become corrupt and drained of all vitality, and must be destroyed and made anew in order to reinvigorate it. So they’ve done the logical thing and engineered the Conception – the end of the world.