Fans of the Black Mirror series of point-and-click adventures (not to be confused with Charlie Brooker’s “Oh no, technology!“-themed Twilight Zone knockoff) had to settle in for a long wait between the first two episodes of the series; the original The Black Mirror was released by Czech developers Future Games in 2003, but it wouldn’t be until 2009 that German outfit Cranberry Production served up Black Mirror II. Fans did not have long to wait after that for Black Mirror III, however, with the final game in the original trilogy coming out in 2011, also through Cranberry. 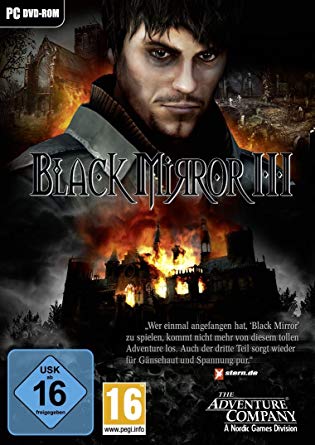 The signs that we should expect another sequel were right there: the previous game ended on a bit of a rushed cliffhanger. The action here picks up in the immediate aftermath of that. Darren is the prime suspect in the grim events that concluded the last game, and the police have little patience for his story; however, they don’t quite have the evidence they’d need to bring him to trial. After three weeks cooling his heels in a cell in the local police station, Darren has his bail paid by a mysterious benefactor. He’s warned not to leave the Willow Creek area, and he’s feeling the occult consequences of the end of the previous game; if he’s to rid himself both of his legal troubles and the Gordon curse once and for all, he needs to resume his investigations of the area.

END_OF_DOCUMENT_TOKEN_TO_BE_REPLACED

It’s the mid-1990s – 12 years after the nightmarish events surrounding Samuel Gordon’s return to Black Mirror Castle shocked the world. Across the Atlantic, Darren Michaels is spending his break from college visiting his mother, who has recently moved to the sleepy seaside town of Biddeford in Maine. Darren earning a bit of extra money by working in the town’s photography shop, run by the boorish Fuller; in the course of this Darren meets and feels an instant attraction to Angelina, a charming British tourist who seems to reciprocate this attraction. 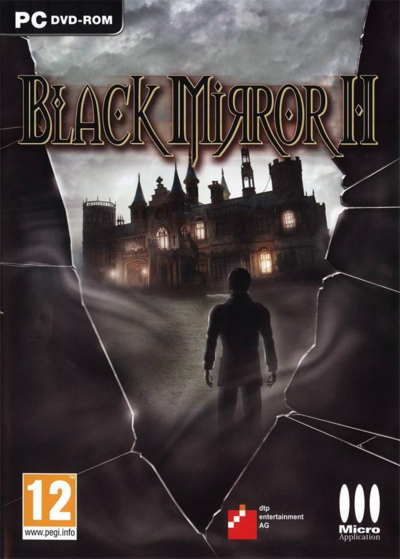 Before Darren can get time off to get to know Angelina better, however, he has a range of errands to perform – and in the course of this, he becomes aware that there’s a shifty individual apparently stalking Angelina. Or is Darren himself the target of this snooping figure’s attention? Darren’s worries only become more acute when his mother suffers a fall at home which leaves her in a coma… a fall in suspicious enough circumstances to make Darren think she was pushed. Resolving to investigate, Darren uncovers evidence of a wider conspiracy – a conspiracy that’s somehow connected to the English village of Willow Creek, from which his mother’s been receiving mysterious payments.

How was his mother involved in all this? Who in Willow Creek has been paying her? And what does this have to do with Willow Creek’s main claim to fame… the mysterious Black Mirror Castle, and its former resident Samuel Gordon?

END_OF_DOCUMENT_TOKEN_TO_BE_REPLACED 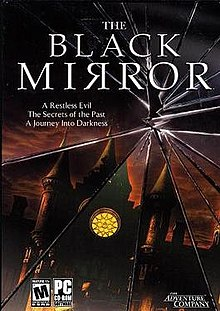 The curiously-named Black Mirror Castle – nothing to do with the Charlie Brooker TV series, don’t get confused – is the ancestral home of the Gordon family. It’s so named because legend has it that the castle was built over a portal to Hell by Mordred Gordon, tyrant and diabolist, before Mordred was defeated in a confrontation with his brother Marcus back in the 13th Century.

Closer to the present day – internal evidence suggests that the action of the game takes place in the mid-1980s – and the castle’s present owner, the elderly William Gordon, is up late writing to Samuel Gordon, who left the castle and the family circle a long while ago in order to deal with his grief after his wife died in a fire at the castle. You see, William has discovered some important things about the Gordon family line, matters which Samuel must be made aware of – but before William can send his letter, a mysterious intruder flings him out of the lonely tower in which his study is located. Thus, Samuel does return to Black Mirror – albeit not at William’s summons, but to attend his funeral. Taking control of Samuel, your task is to guide him through his investigation – first of William’s death, then of the matters William had uncovered – in order to finally face the truth about your family.