The idea of a “residual haunting” – that ghosts, far from being the actual spirits of dead people, are mere impressions left on the environment by people in the past – is sometimes known in paranormal research circles as “the Stone Tape theory”, after a BBC ghost story on the subject. In fact, weirdly enough the BBC have produced two highly significant TV ghost dramas in which the concept plays a major role – The Stone Tape and Ghostwatch, both of which are most easily available on a 2-for-1 DVD set from 101 Films. One is a beloved classic; the other is highly regarded by horror fans but was reviled by the tabloid press. Let’s consider why. 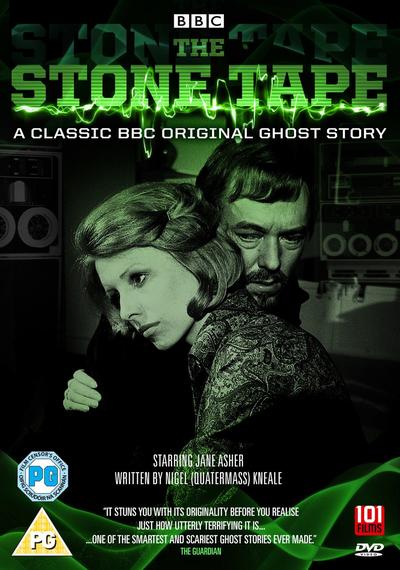 Written by Nigel Kneale, the creator of the Quatermass serials and directed by Peter Sasdy (who at the time was focusing more on Hammer movies like Taste the Blood of Dracula), The Stone Tape was originally broadcast on Christmas Day in 1972 – the BBC having maintained a long tradition of doing a ghost story at Christmas, Crooked House being a recent example of such.

It opens in a disorienting fashion, with BBC radiophonic synth noises and the cacophony of various bits of scientific equipment blaring away as we see protagonist Jill Greeley (Jane Asher) driving into Taskerlands, a Victorian mansion which has become a hub of furious activity. The sonic distraction of the synthesisers, the building work, truck engines and the like all put an early emphasis on sound as a central feature of the story (to the extent that a radio play adaptation was produced decades later). In particular, the cacophony makes all the sound in the courtyard sound alien and unfamiliar at first, and they’re still grating once they come into focus. The opening sequence culminates in two large lorries almost reversing into Greeley’s car, their drivers apparently unable to hear her horn, but they stop just in time.